At least 95 people, including more than 50 civilians, have been killed in Syrian regime airstrikes on the Islamic State (IS) group’s self-proclaimed capital in Raqqa, reported the humanitarian organisation Syrian Observatory for Human Rights. Amateur video footage distributed by activists in Raqqa showed several bloodied bodies laid out on a street near an apparent bombing site, as an ambulance rushed to the scene. In the clip, aid workers in red overalls bearing the Red Crescent symbol are seen placing the dead into white body bags, while activists from the city can be heard denouncing the raids as a “massacre”.

Most of the casualties were caused by two consecutive airstrikes. The first strike came, residents rushed to rescue the wounded, and then the second raid took place.

Meanwhile, British officials say they are investigating whether a Briton is among the dead in Syria. Raqqa was the first provincial capital in Syria that President Bashar al Assad’s forces lost control of. It was later overrun by IS, which has used it as the capital of its so-called “caliphate”. The terror threat level in the UK has been raised from substantial to severe in recent months as fears grow that aspiring British jihadis are travelling to Iraq and Syria to learn terrorist “tradecraft”. 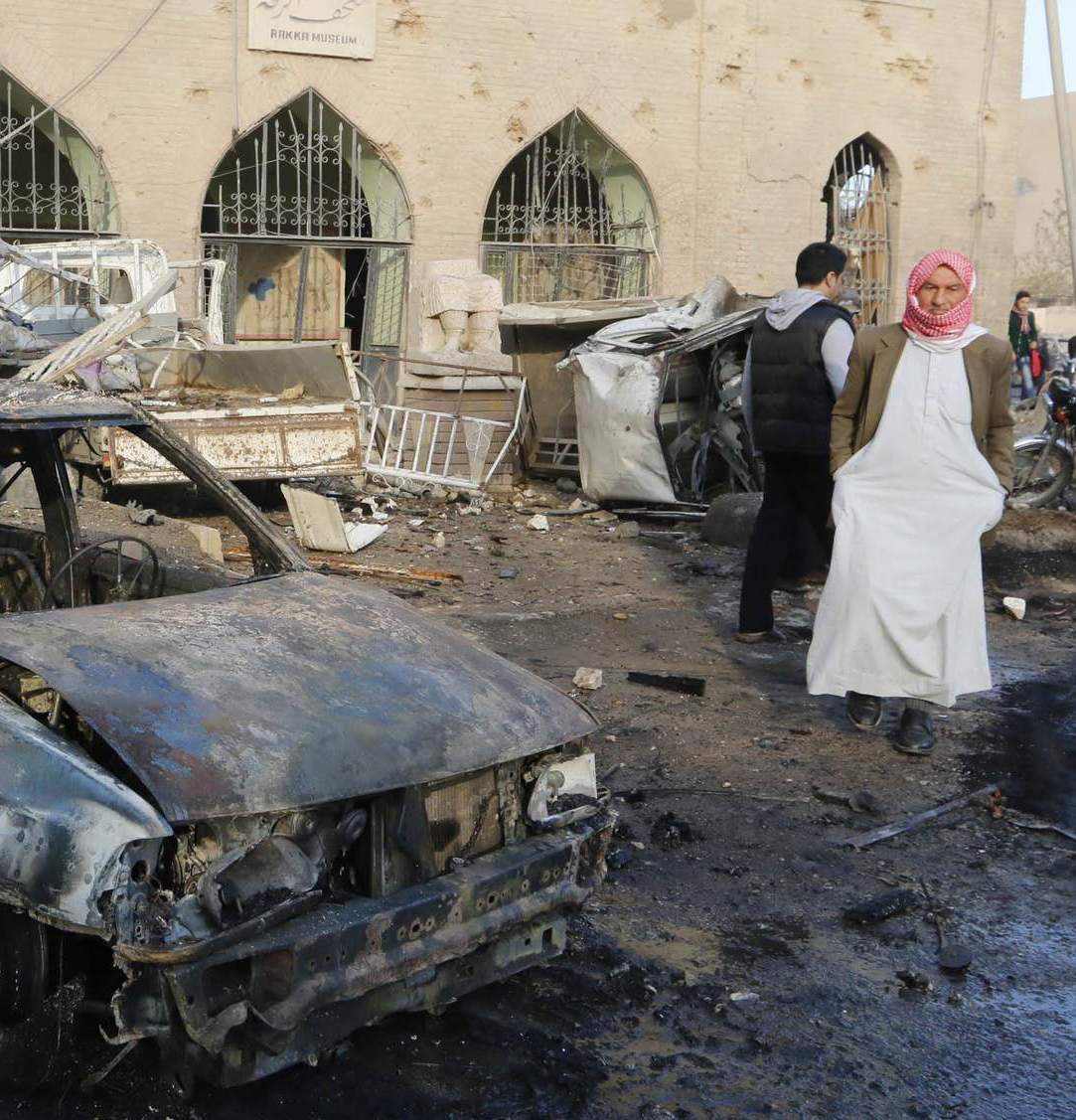