'Take the sugar off the table': Australia leaves refugees in Indonesia

Australian Immigration Minister Scott Morrison Wednesday said he is “taking the sugar off the table” in announcing that Canberra is slamming the door on U.N.-registered asylum-seekers in Indonesia. Morrison said that from July next year, asylum-seekers officially recognised by the United Nations refugee agency in Jakarta would no longer be eligible for resettlement in Australia. The move, he said, was part of the government’s work to “strip people-smugglers of a product to sell to vulnerable men, women and children” and stop Indonesia being used as a transit lounge.

We’re trying to stop people thinking that it’s OK to come into Indonesia and use that as a waiting ground to get to Australia.

Indonesia has become a magnet for others seeking to reach Australia, often through treacherous boat journeys that have left hundreds dead. Since Prime Minister Tony Abbott’s government came to power last year, its hardline immigration policy – to deny asylum-seekers arriving by boat resettlement in Australia and instead send them to camps in Papua New Guinea and the Pacific state of Nauru – has halted the flow. The move to shut the door on even those registered with the UNHCR refugee agency in Indonesia is the next step, Morrison said. He added that Jakarta had been briefed on the development and insisted that Australia continued to support the U.N. refugee convention. 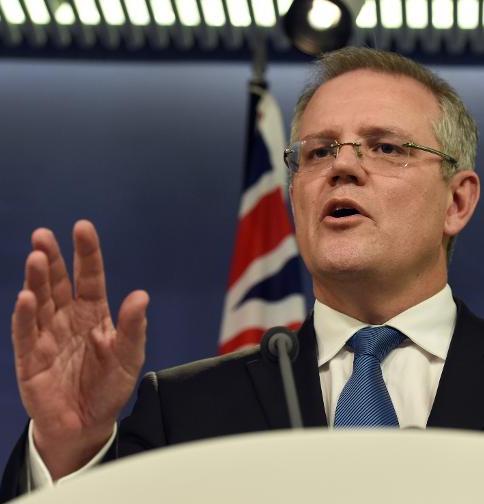