Pakistani opposition politician Imran Khan has called off talks with the government aimed at ending protests seeking the fall of the prime minister. Khan and populist cleric Tahir-ul-Qadri have led followers protesting outside parliament for the past two days demanding Prime Minister Nawaz Sharif quit. Talks to end the standoff—which began a week ago with “long marches” from the eastern city of Lahore—started on Wednesday but made little headway. Khan insists the May 2013 general election, won in a landslide by Sharif’s Pakistan Muslim League-N (PML-N) Party, was rigged, despite independent international observers judging it free and credible.

The talks with the government are over. How can these talks proceed when we first want resignation of Prime Minister Nawaz Sharif?

The former cricket star has demanded Sharif resign and call new elections and on Thursday repeated his insistence the prime minister must quit before talks. Between them, the protest rallies of Khan’s Pakistan Tehreek-e-Insaf (PTI) and Qadri’s Pakistan Awami Tehreek (PAT) have drawn tens of thousands of supporters this week. Most protesters on the streets of Islamabad say they are demonstrating against government corruption, which they blame for the country’s widespread poverty. In a speech to thousands of supporters, Khan said he would not stop protesting until Sharif quit, but backed away from a previous pledge to storm the prime minister’s house.

I want to tell you, Nawaz Sharif, that I will not leave this place until you step down. 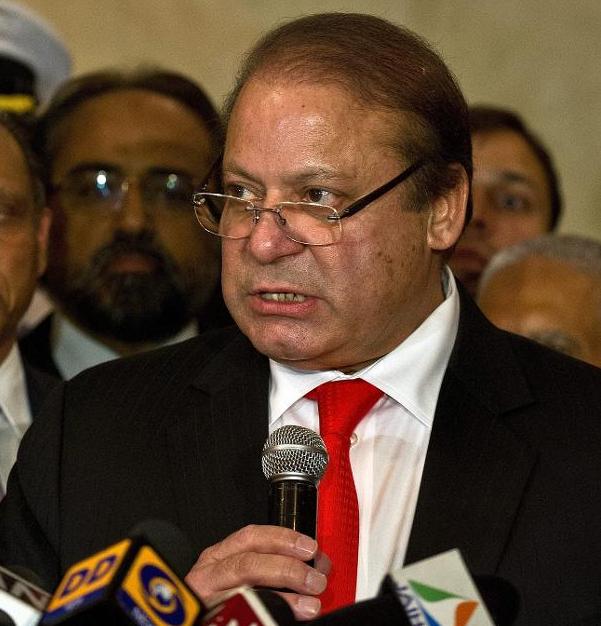