Tens of thousands march against abortion in Spain

Tens of thousands of Spaniards rallied in Madrid on Saturday, threatening to punish the government in elections next year unless it revives a plan to restrict women’s access to abortion. Waving white flags with the slogan “Every life counts”, demonstrators of all ages from across the country marched through the capital, whistling angrily as they passed the headquarters of the ruling Popular Party. Prime Minister Mariano Rajoy had promised before he was elected in 2011 to tighten Spain’s abortion law, but he dropped the plan last September due to disagreement within his own party. The architect of the reform, Alberto Ruiz-Gallardon, resigned as Rajoy’s justice minister.

Jose Vicente Romero, 50, an activist at the march

Ruiz-Gallardon’s reform would have ended a woman’s right to freely opt for an abortion up to 14 weeks of pregnancy, standard in much of Europe. He proposed to allow abortion only in cases of rape reported to the police, or a medically certified threat to the mother’s physical or psychological health. The controversy prompted angry street demonstrations by supporters and opponents of the reform. The anti-abortion groups that organised the rally demanded that the government resurrect the reform and improve adoption procedures. 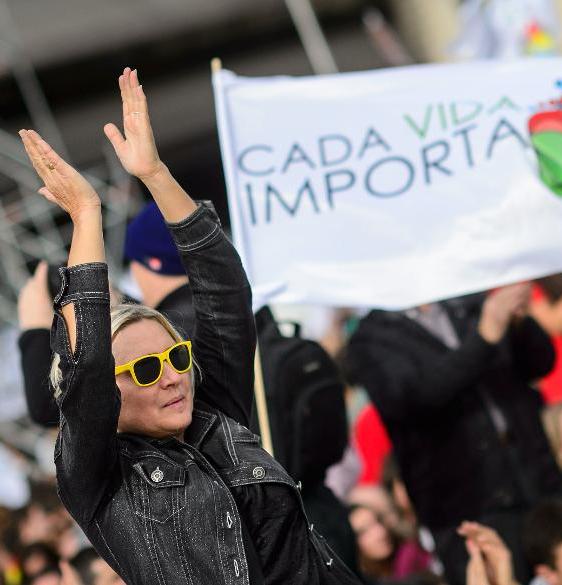