The UK terror threat level has been raised from substantial to severe, Home Secretary Theresa May has said. This means an attack is deemed to be “highly likely”, but there is no intelligence to suggest one is imminent. Ms May said the increase was because of the threat from militant groups in Iraq and Syria, where the Islamic State fighters have seized large swathes of territory. Prime Minister David Cameron said the UK was in the midst of a “generational struggle” against a “poisonous ideology.”

The increase in the threat level is related to developments in Syria and Iraq where terrorist groups are planning attacks against the West. Some of those plots are likely to involve foreign fighters who have travelled there from the UK and Europe to take part in those conflicts.

The PM also revealed new legislation would be introduced to make it easier to take passports away from people would would travel abroad to fight. Police forces say they will increase their patrols in response to the raising of the terror threat, which is set by the Joint Terrorism Analysis Centre (JTAC). The JTAC’s decision comes amid growing concern about hundreds of aspiring British jihadis travelling to Iraq and Syria and the murder of American journalist James Foley.

We face a real and serious threat in the UK from international terrorism. I would urge the public to remain vigilant and to report any suspicious activity to the police. 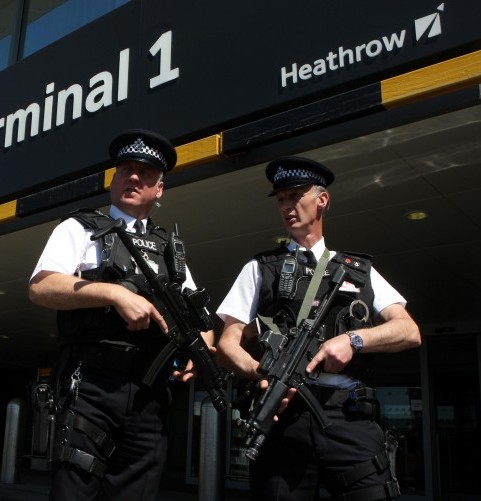