A blood test that identifies patients likely to develop Alzheimer’s disease could be available in two years, according to scientists. The test, which works long before there are recognisable symptoms, is almost 90 per cent accurate, new research shows. And the inventors believe it would allow drugs to be tested in the early stages of the disease, in the hope of delaying or even stopping further deterioration.

A drug that worked in that preclinical phase would feel like prevention. You would go to your doctor take a drug and in effect you would have the clinical symptoms prevented—even if the clinical disease had started in your brain.

Doctors know that Alzheimer’s starts to affect the brain at least 10 years before there are outward signs of the disease. The new test identifies 10 key proteins in the blood of patients with mild cognitive impairment who will go on to develop Alzheimer’s in the next year. Results of a major trial published in the journal Alzheimer’s & Dementia show the test is 87 per cent accurate. The test has been welcomed by Alzheimer’s Research UK, which funded the study. But Dr Eric Karran, the charity’s science director, cautioned that it needs further refinement before being used by GPs to routinely diagnose the disease.

If this was some benign condition one wouldn’t be bothered. But we know that Alzheimer’s disease is the most feared diagnosis. So it is very important to understand that point. 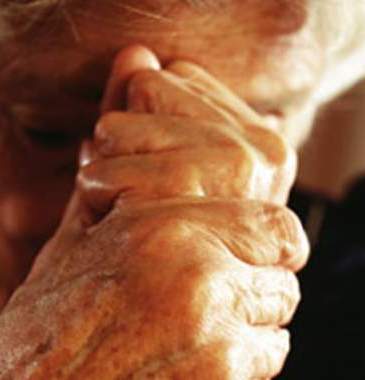