Three months after overthrowing Thailand’s last elected government, junta leader General Prayuth Chan-ocha will step out of his uniform to become the kingdom’s prime minister, in a move critics say will consolidate the military’s hold on power. The general was on Thursday chosen as prime minister by the National Legislative Assembly, whose members were hand-picked by the junta last month. The army seized power on May 22 in a coup following six months of sometimes deadly street protests that contributed to the ousting of Prime Minister Yingluck Shinawatra, whose populist government was opposed by the Bangkok royalist establishment. Although Prayuth’s appointment paves the way for an interim government to be set up in the coming weeks, power will remain firmly in the junta’s hands. The general has said he plans to press ahead with a year of political reforms before a new election that he said will take place by late 2015.

It is designed to give him the power to run the country according to the law. The premier position will give him legal power in the Thai governance system.

The nomination comes as no surprise—the National Legislative Assembly (NLA) that chose Prayuth is largely considered little more than a rubber stamp parliament tasked with enacting sweeping reforms under the army’s watch. 60-year-old Prayuth will retire as army chief in September but will stay on as head of the junta, formally known as the National Council for Peace and Order. Yingluck, the sister of self-exiled former Prime Minister Thaksin Shinawatra, was forced to step down on May 7, after a court found her guilty of abuse of power. Thailand has been riven by political divisions since Yingluck’s elder brother, the former billionaire telecoms tycoon, was toppled as prime minister in a coup in 2006. 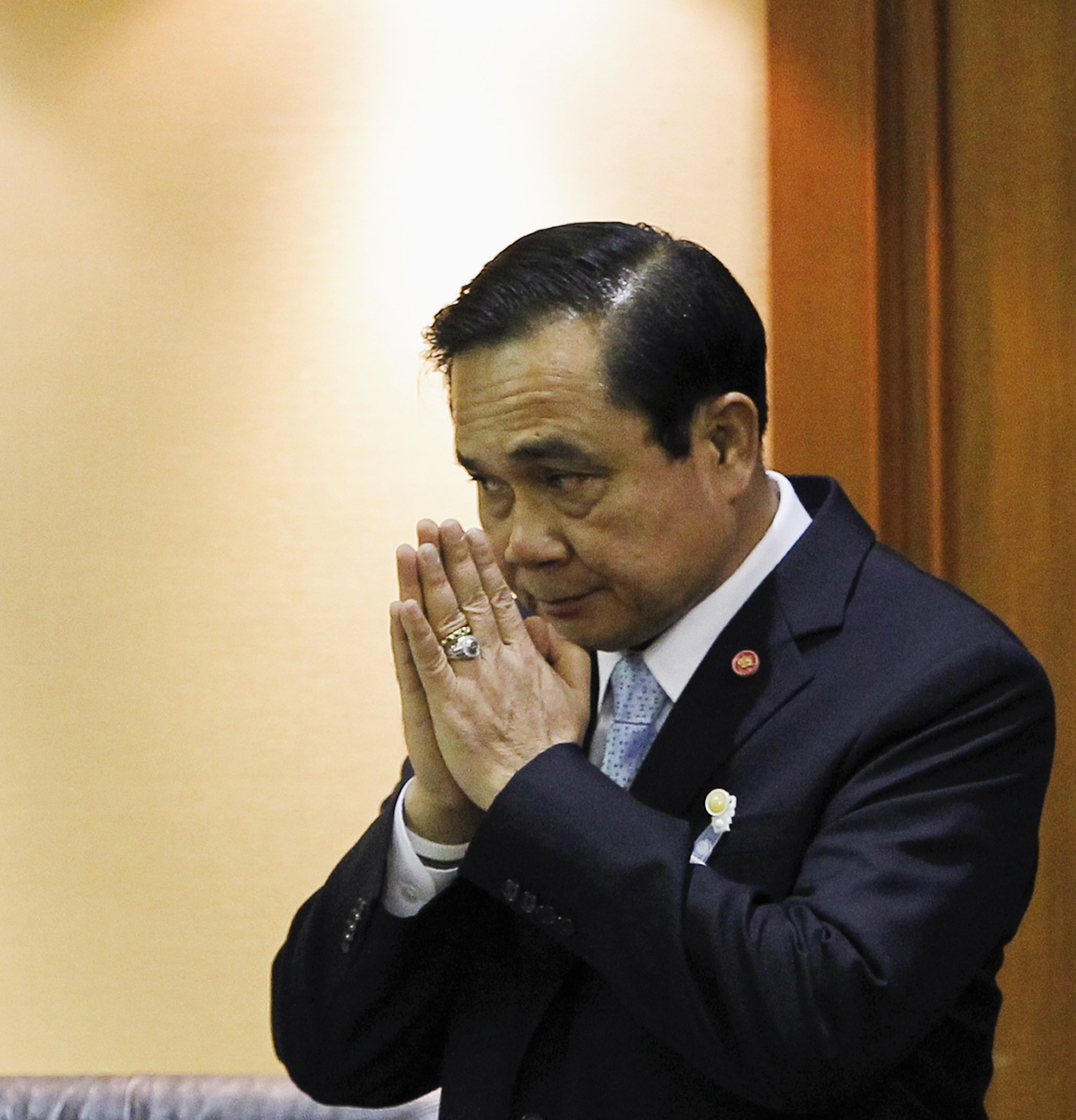