'That was good': John Kerry upbeat after talks with Iraqi prime minister

U.S. Secretary of State John Kerry has urged Iraq’s top Shiite leaders to give more government power to political opponents before a Sunni insurgency seizes more control across the country and sweeps away hopes of lasting peace. The closed-door meeting in Baghdad between Kerry and Iraq’s Prime Minister Nouri al-Maliki was not thought to have been friendly, given that officials in Washington have floated suggestions that the premier should resign as a necessary first step toward quelling the vicious uprising.

U.S. Secretary of State John Kerry, walking to his motorcade after the meeting with Iraqi Prime Minister Nouri al-Maliki

Maliki has shown no sign of leaving and Iraqi officials have long listened to—but ultimately ignored—U.S. advice to avoid appearing controlled by the decade-old spectre of an American occupation in Baghdad. But Kerry appeared encouraged after the discussion with Maliki, which ran for a little over 90 minutes and was held in the same complex where an Iraqi journalist threw a shoe at former U.S. President George W. Bush as an insult in 2008. Kerry also met with the influential Shiite cleric Ammar al-Hakim and with parliament Speaker Osama al-Nujaifi and Deputy Prime Minister Saleh al-Mutlaq—the nation’s two highest-ranking Sunnis.

The United States would like to see the Iraqi people find leadership that is prepared to represent all of the people of Iraq. 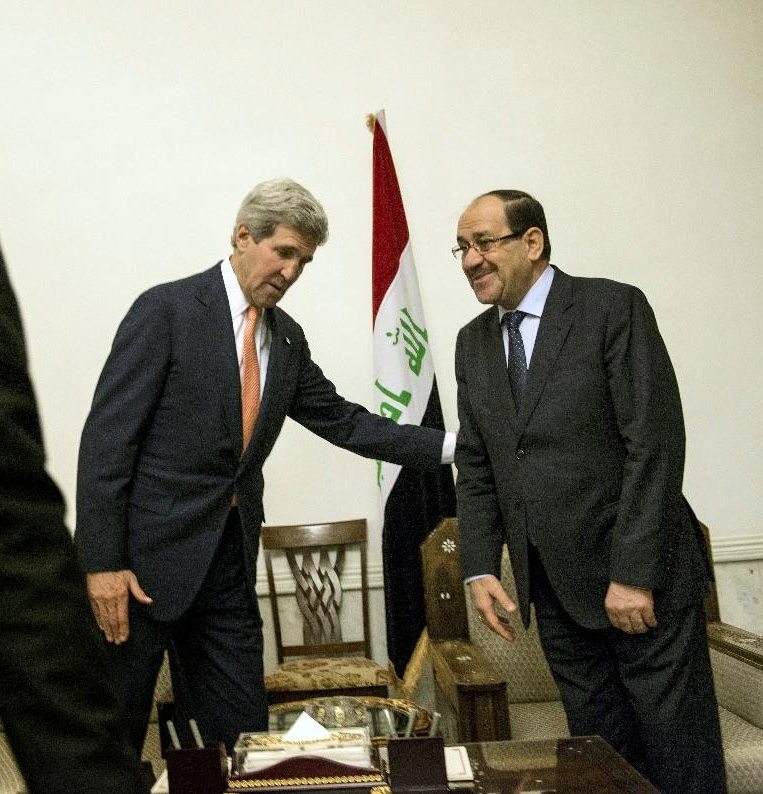