The final countdown: One billion global TV audience to watch clash of the titans

Tens of thousands of fans are flocking to the World Cup final between Germany and Argentina, a game that is expected to attract a television audience of more than a billion. Ahead of the 64th and last match in Rio, security forces were on site at the Maracana Stadium ahead of kick-off preparing for Brazil’s big day. More than 25,000 police and soldiers will be on guard for the game, the biggest security detail in Brazilian history. As the winning captain, either Argentina forward Lionel Messi (pictured above) or Germany defender Philipp Lahm will hold aloft the most recognised trophy in sport.

The most important thing is that our team and our country provide the best image in the eyes of the world, that the world will speak well of Argentina.

Inside the stadium, Russian president Vladimir Putin and German chancellor Angela Merkel will be among the world leaders watching the game. Even Pope Francis is keeping an eye from the Vatican. The Argentine-born, football-loving pontiff pledged neutrality, promising not to pray for any team. The 32-day tournament will be remembered for terrific football and because it went so smoothly, with no logistical disasters for the 32 teams and hundreds of thousands of traveling fans. There also was no repeat of giant public protests that unsettled last year’s warm-up tournament, the Confederations Cup.

There is huge anticipation here and in Germany. We have no pressure. We know how to handle things. 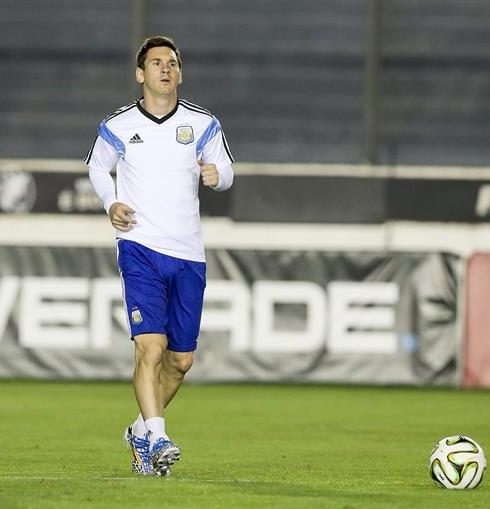