Thousands of young Iraqis mobilise in fight against trained militants

The Islamic militant group that swept across northern Iraq and captured two major cities last week has posted graphic photos of the fate likely awaiting ordinary citizens who have volunteered to fight alongside Iraqi soldiers. The pictures on a militant website appear to show masked fighters of the Islamic State of Iraq and the Levant, or ISIL, loading the captives onto flatbed trucks before forcing them to lie face-down in a shallow ditch with their arms tied behind their backs. The final images show the bodies of the captives soaked in blood after being shot.

Standing up to terrorism is a national duty for everyone in the world, not just in Iraq. We don’t fear them at all. Do we fear the enemies of God?

Oblivious to or defiant of what awaits them, dozens of young and old citizens continued to climb into the back of army trucks at volunteer centres yesterday, chanting Shiite religious slogans, hoisting assault rifles and pledging to join the nation’s beleaguered security forces to battle the ISIL’s Sunni militants. The mobilization, urged by the nation’s top Shiite cleric, has taken on a sectarian dimension that threatened to intensify Sunni-Shiite strife in a nation already ripped by religious fervour after the militants’ battlefield successes. 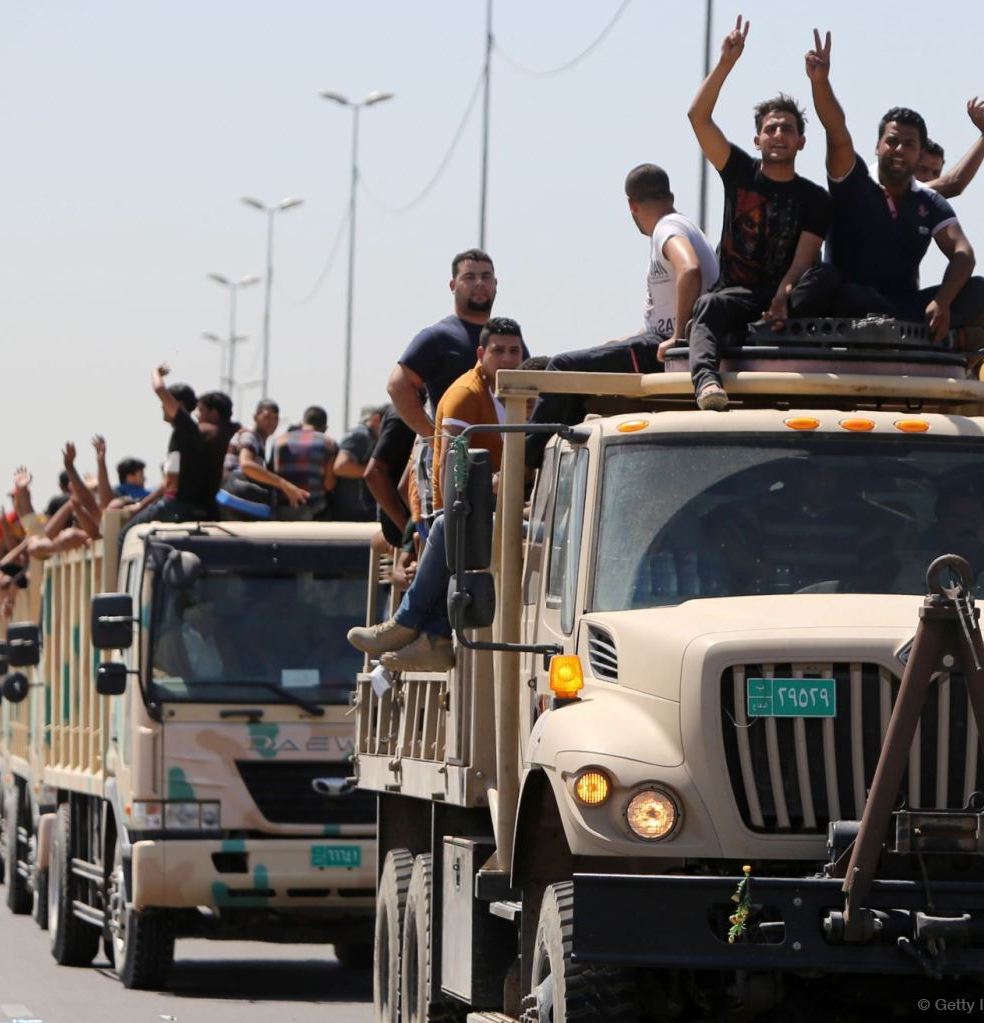