Pilots at Lufthansa will strike again on long-haul flights on Saturday after thousands of international travelers were stranded Thursday as the strike was extended to long-haul flights, and Germany’s largest airline. After cancelling 84 of 153 of its long-haul flights on Thursday, affecting 18,000 passengers, Lufthansa said another 790 flights would have to be called off Friday as the Vereinigung Cockpit union shifted focus again to short- and medium-haul runs. The airline said 90 of Friday’s cancellations would be due to a separate labor issue in Italy, where air traffic controllers were to go on strike.

The only winners are Lufthansa’s competitors, whether long-haul or short-haul.

Lufthansa is trying to cut costs to levels nearer those of its rivals as it is squeezed by budget carriers Ryanair and easyJet on European routes and by airlines such as Turkish and Emirates on long-haul flights. Including Thursday’s strike, pilots have walked out 13 times since last April, affecting almost one million passengers. Other Lufthansa employees are starting to worry the row could damage the business for good. 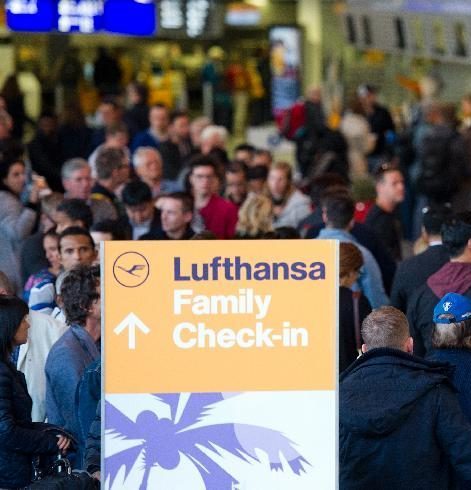