Tibet’s glaciers at their warmest in 2,000 years

The Tibetan plateau, whose glaciers supply water to hundreds of millions of people in Asia, were warmer over the past 50 years than at any stage in the past two millennia, a Chinese newspaper said, citing an academic report. Temperatures and humidity are likely to continue to rise throughout this century, causing glaciers to retreat and desertification to spread, according to the report published by the Chinese Academy of Sciences’ Institute of Tibetan Plateau Research.

Over the past 50 years, the rate of temperature rise has been double the average global level.

Report on the website of Science and Technology Daily, a state-run newspaper.

Glacier retreat could disrupt water supply to several of Asia’s main rivers that originate from the plateau, including China’s Yellow and Yangtze, India’s Brahmaputra, and the Mekong and Salween in Southeast Asia. In May, Chinese scientists said Tibetan glaciers had shrunk 15 per cent—around 8,000 square kilometres—over the past 30 years. The new report said a combination of climate change and human activity on the plateau was likely to cause an increase in floods and landslides there. However, rising temperatures had also improved the local ecosystem, it said. 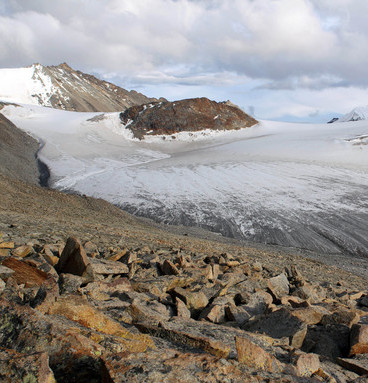