TIME magazine named those fighting Ebola its 2014 “Person of the Year,” applauding the work of medical relief teams, doctors, nurses, ambulance drivers and burial teams working in western Africa, where an outbreak of the virus has killed thousands. The magazine pictured five people on its covers, including: Dr. Jerry Brown, a Liberian surgeon; Salome Karwah, an Ebola survivor whose parents died from the disease; and Dr. Kent Brantly, an American missionary who became infected while in Liberia.

Ebola is a war, and a warning. The global health system is nowhere close to strong enough to keep us safe from infectious disease. The rest of the world can sleep at night because a group of men and women are willing to stand and fight.

The year saw an Ebola outbreak turn into an epidemic in Liberia, Guinea and Sierra Leone, and there have been scattered cases in Nigeria, Mali, Spain, Germany and the United States. They came out top of a shortlist that included the Ferguson protesters, Apple CEO Tim Cook, Russian President Vladimir Putin and singer Taylor Swift. Editor Nancy Gibbs explains the publication’s choice in an essay published this afternoon.

For tireless acts of courage and mercy, for buying the world time to boost its defenses, for risking, for persisting, for sacrificing and saving, the Ebola fighters are Time’s 2014 Person of the Year. 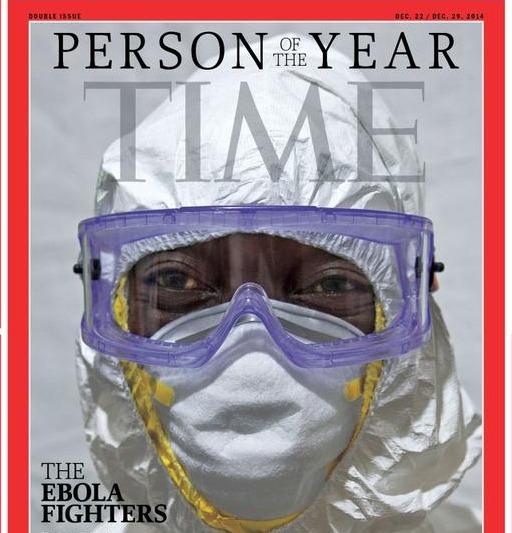