Oratilwe Hlongwane – better known as DJ AJ – is still learning to put together words but the 2-year-old is already able to select and play music from a laptop and has become a viral phenomenon on South Africa’s social media. His father, Glen Hlongwane, bought an iPad and downloaded educational apps to speed up his child’s education. He also downloaded a disc jockeying app for himself. At about a year old, DJ AJ learned how to manipulate the tablet. Not satisfied with number recognition games, he began to fiddle with his father’s DJ app. A cellphone video of him playing went viral and now DJ AJ has nearly 25,000 Facebook fans.

I’m not going to exploit my kid.

The parents were blown away when their son, still in diapers, repeated what he had learned on the app on actual DJ equipment. But celebrity has also brought some criticism as some accused his parents of abuse and profiting from their child’s precocious ability. DJ AJ’s parents will not allow him to play in clubs or at parties. And they are adamant that they will not force their son to be a DJ when he grows up, but say they believe his affinity for electronic equipment will probably decide his future. 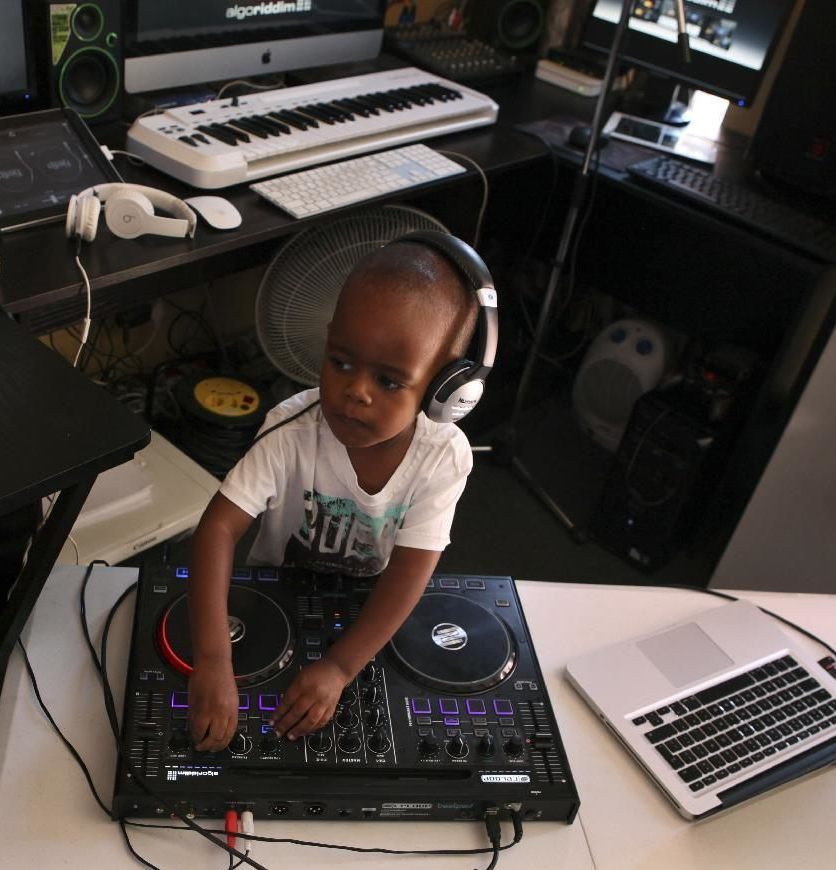