Borrowing from the ancient Japanese art of origami, children’s toys and even a touch of the “Transformers” movies, scientists and engineers at Harvard and MIT created self-assembling, paper robots. They are made out of hobby shop materials that cost about $100. After the installation of tiny batteries and motors, a paper robot rises on four stumpy legs and starts scooting in a herky-jerky manner. It transforms from flat paper to a jitterbugging four-legged robot in just four minutes. It may be the birth of cheap, easy-to-make robots, researchers said in an article published Thursday in the journal Science.

This is a simple, flexible and rapid design process, and a step toward the dream of realizing the vision of 24-hour robot manufacturing.

Sam Felton and study co-author Daniela Rus of MIT say they see a time when someone who wants a dog-walking robot would go to a store that has specialized equipment to make the device—”some sort of robo-Kinkos,” Felton said. Robotics pioneer Rodney Brooks, an MIT emeritus professor who wasn’t part of the research, said this could be close to other momentous changes in technology, such as the first 3D printers or even 1947’s ENIAC early computer.

Lots more people will join in working on these techniques, each making incremental progress and decades from now we’ll wonder why it took so long to get where we’ll then be with it. 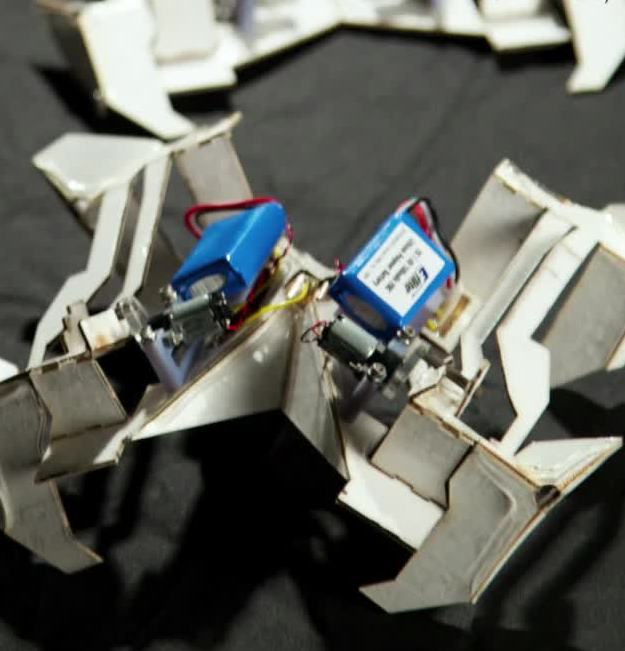