Tsunami warning issued for parts of Pacific after earthquake

Officials in the capital, Port Moresby, were working to contact their counterparts in the outer provinces, but there had been no reports of damage or injuries within an hour of the quake striking. The quake caused strong shaking and knocked items off shelves in Kokopo, but had not prompted any immediate reports of damage, said Chris McKee, assistant director of the Geophysical Observatory in Port Moresby. A few people in the capital reported feeling the quake as well, he said. 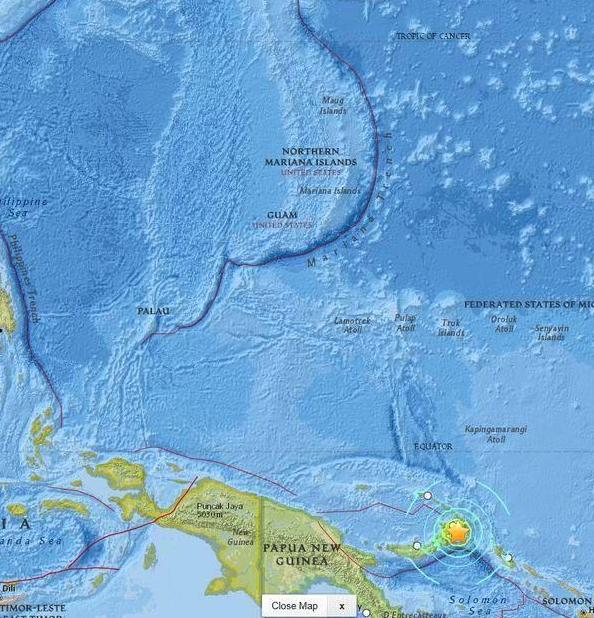