Turkish police on Sunday launched a sweeping operation to arrest supporters of President Recep Tayyip Erdogan’s rival, US-exiled imam Fethullah Gulen. The operation included a raid on the offices of the Zaman daily newspaper (pictured), which has ties to the cleric. Anti-terrorism police conducted early morning raids in 13 cities across Turkey, including Istanbul, and detained critics of the president, including a top executive, producers and directors of a television channel close to Gulen, the state-run Anatolia news agency said. A huge crowd gathered outside the offices of Zaman newspaper on the outskirts of Istanbul, creating a small stampede and forcing the police to leave the building without detaining any employees. The police returned in the afternoon, however, and detained editor Ekrem Dumanli and at least 24 other people.

Let those who have committed a crime be scared. We are not scared.

Istanbul Chief Prosecutor Hadi Salihoglu said in a statement arrest warrants had been issued for 31 people on charges of “establishing a terrorist group”, forgery and slander. Among others detained today: two former police chiefs, TV station Samanyolu’s chairman and the staff of two Samanyolu drama series, one about an anti-terrorism squad and the other set in a southeast hit by Kurdish rebellion. NATO allies often cited Turkey as an example of a successful Muslim democracy, but more recently critics have accused Erdogan of intolerance of dissent and, increasingly, a divisive reversion to Islamist roots. 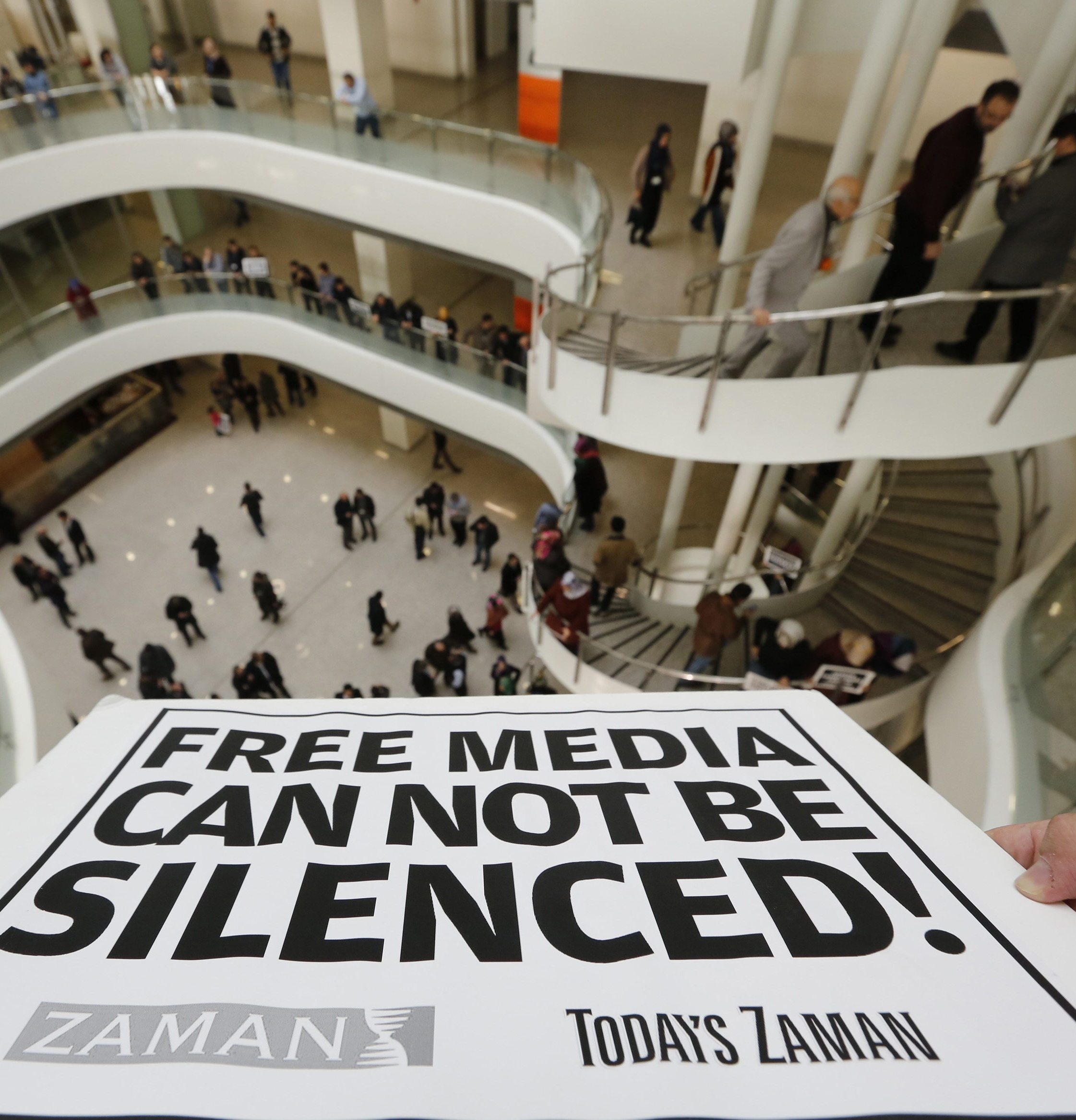