Two men were arrested as part of an ongoing counterterrorism investigation into a group that officials have accused of plotting to kill a random member of the public in Sydney, police said Wednesday, one day after the nation’s prime minister warned of heightened terrorist chatter in the aftermath of a deadly siege in a Sydney cafe. Australian Federal Police Deputy Commissioner Michael Phelan said there was no specific terrorist threat and the arrests were related to an ongoing counterterrorism operation that led to a series of raids in Sydney in September. One man was charged at that time with conspiring with an Islamic State leader in Syria to behead a random person in Sydney. Tuesday’s arrests bring to 11 the number of people charged in connection with that operation.

There is nothing that indicates at all that [there were] any specific targets or time frame in relation to this particular activity at all.

The documents seized “talked a little bit about potential government targets” in Sydney, Phelan said. The material was concerning enough that police decided to move in and make the arrests, he said. The latest arrests come one day after Australian Prime Minister Tony Abbott warned there had been a “heightened level of terror chatter” in the week since a gunman took 18 people hostage in a downtown Sydney cafe. The standoff ended 16 hours later when police stormed the cafe in a barrage of gunfire to free the captives. Two hostages were killed, along with the gunman, an Iranian-born, self-styled cleric. Australia’s government raised the country’s terror warning level in September in response to the domestic threat posed by supporters of the Islamic State group. 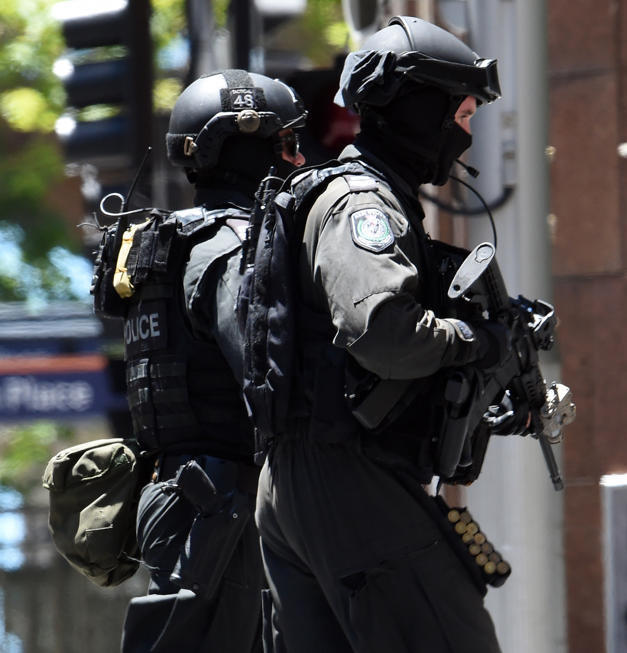