Two days before Israel’s election, Prime Minister Benjamin Netanyahu made a last-ditch effort Sunday to garner support by appealing to the centre and heading for a mass rally in Tel Aviv. Israel goes to the polls on Tuesday for the second general election in as many years with pundits unanimous that it is turning out to be a referendum on Netanyahu’s six years as premier. Netanyahu has run a campaign focused squarely on security issues, arguing he is the only one capable of protecting Israel from an Iranian nuclear threat and warning that security will be at risk in case of victory for his rivals, the centre-left Zionist Union.

He is panicking again and this time has promised [Moshe] Kahlon the finance ministry, but nobody believes him any more.

A popular former Likud minister, Moshe Kahlon — whose party is forecast to win between eight and 10 seats — is expected to play the role of kingmaker following Tuesday’s vote. During his tenure as communications minister (2009-2012), Kahlon broke up a years-long monopoly within Israel’s mobile phone sector, and his election campaign has focused almost exclusively on economic issues, notably the housing crisis, a key issue for voters. But Kahlon dismissed the offer as “spin”, saying Netanyahu had not made good on promises he made in the past. 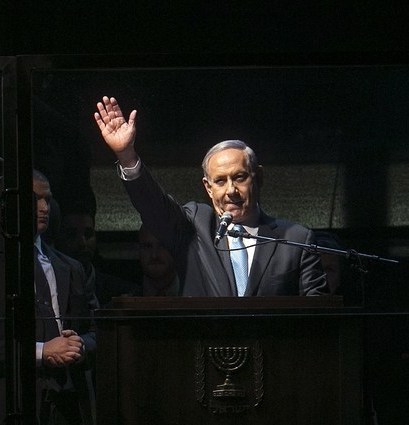