Typhoon Hagupit tears down homes in Philippines as millions flee

Typhoon Hagupit tore apart homes and sent waves crashing through coastal communities across the eastern Philippines on Sunday, creating more misery for millions following a barrage of deadly disasters. The typhoon roared in from the Pacific Ocean and crashed into remote fishing communities of Samar island on Saturday night with wind gusts of 210 kilometres an hour, local weather agency Pagasa said. The wind strength made Hagupit the most powerful storm to hit the Philippines this year, exceeding a typhoon in July that killed more than 100 people. Fearful of a repeat of last year when Super Typhoon Haiyan claimed more than 7,350 lives, the government undertook a massive evacuation effort ahead of Hagupit that saw millions of people seek shelter.

Tin roofs are flying off, trees are falling and there is some flooding.

Stephany Uy-Tan, the mayor of Catbalogan, a major city on Samar

Hagupit was forecast to take three days to cut across the Philippines, passing over mostly poor central regions, while also bringing heavy rain to the densely populated capital of Manila slightly to the north. The government warned of storm surges up to five metres high in some areas, flash flooding, landslides and winds strong enough to tear apart even sturdy homes. However, there was no repeat of the storm surges that did the most damage during Haiyan, known locally as Yolanda, the strongest storm ever recorded on land.

There is a collective sigh of relief. The initial assessment is that there are no casualties. We were better prepared after Yolanda, up to 50,000 people were packed in evacuation centres. 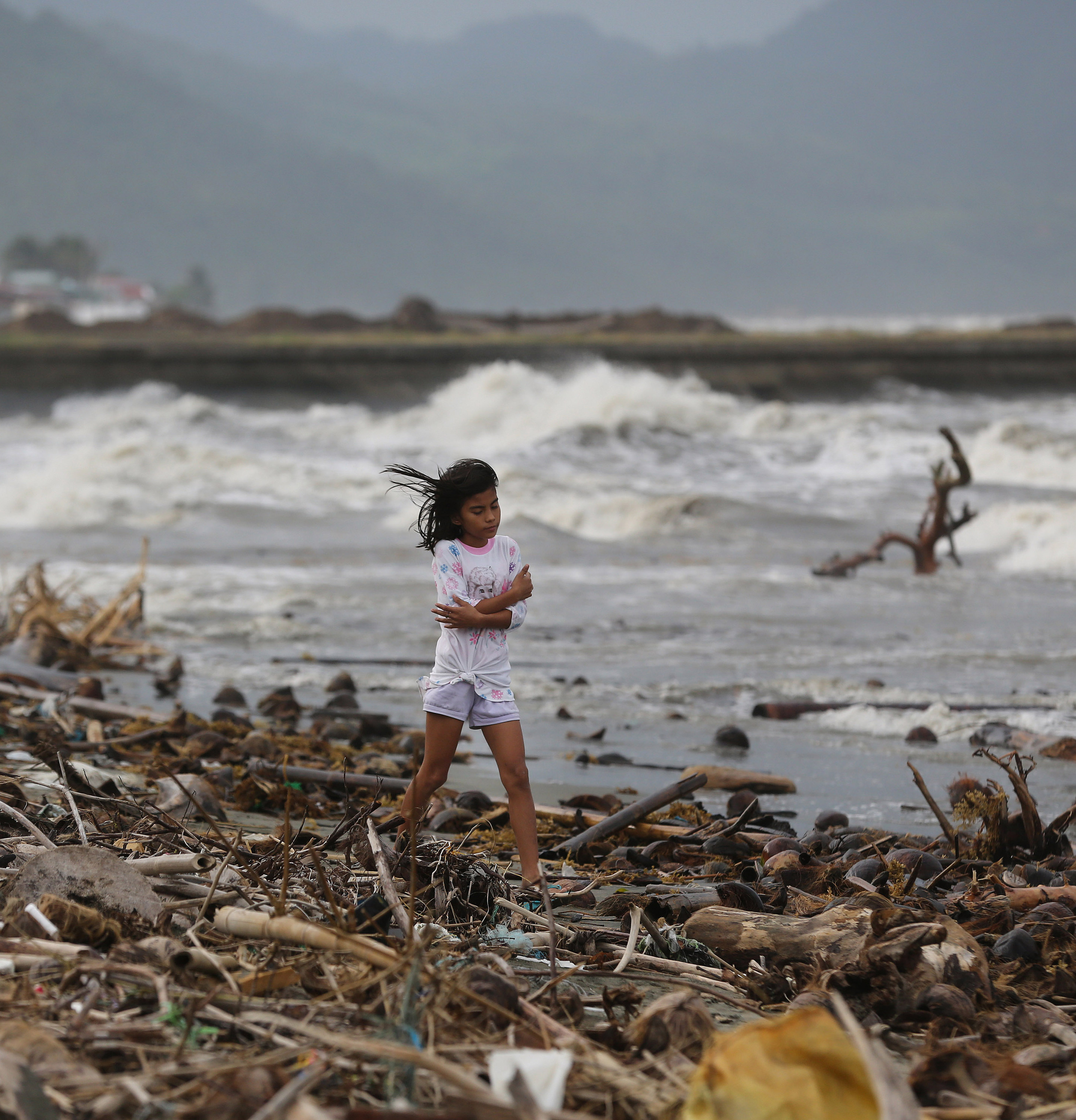