The United States helped a Cuban spy imprisoned in California artificially inseminate his wife back in Cuba, a goodwill gesture while Washington and Havana were engaged in secret talks on restoring diplomatic ties, U.S. officials said on Monday. Now Gerardo Hernandez and his wife, Adriana Perez, are expecting his baby in two weeks, even though he was locked up for 16 years without conjugal visits. It will be a girl called Gema, Cuban official media said.

We can confirm the United States facilitated Mrs. Hernandez’s request to have a baby with her husband. The request was passed along by Senator (Patrick) Leahy, who was seeking to improve the conditions for Mr. Gross while he was imprisoned in Cuba.

Hernandez was serving a double-life sentence at the U.S. federal penitentiary in Victorville until his release on Wednesday as part of a prisoner swap, which was completed the same day the United States and Cuba announced they would restore diplomatic ties after more than 50 years. The United States freed Hernandez and two other Cuban agents in exchange for U.S. foreign aid worker Alan Gross, a Cuban who had been spying for Washington, and 53 unidentified prisoners. Hernandez, 49, was one of five Cuban agents captured 16 years ago and given long prison terms, all of them hailed as “antiterrorist heroes” in Cuba for infiltrating Cuban exile groups at a time when anti-Castro extremists were bombing Cuban hotels. 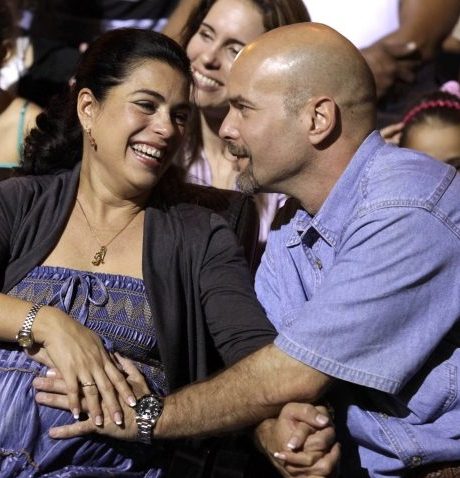