U.S.-led air strikes keep IS at bay in Kobane as refugees stream into Turkey

The U.S.-led coalition has carried out its most sustained air attacks so far on Islamic State (IS) fighters attacking the Turkey-Syria border town of Kobane, keeping the militants at bay. The latest media release from the US military confirmed five air strikes around Kobane, saying they were on Monday and Tuesday. Reports said the surge of IS appeared to have been halted, although fighting around Kobane continues. Kurdish Syrian Party leader Salih Muslim said the situation overnight remained very serious with the Kurdish fighters of the YPG militia under intense pressure. At least 400 people have died in three weeks of fighting for Kobane, monitors say, and 160,000 Syrians have fled across the border to Turkey. Earlier, Turkish President Recep Erdogan warned that Syrian border town Kobani was ‘about to fall’ to IS militants and that a ground operation was needed to defeat the group. Turkish news agencies say at least 14 people have died and scores injured in clashes between Turkish police and Kurdish protesters across the country.

Since last night we’ve seen the most effective air strikes around Kobane ever, however they are a bit late. If the coalition had attacked with such strength and effectiveness beforehand, we wouldn’t have seen IS reach the city and destroy so many lives.”

IS fighters raised their black flag over two buildings in the key border town after a day of heavy fighting on Monday. The militants were reported to have moved into the southwest of Kobani overnight, taking several buildings to gain attacking positions on two sides of the town. Fierce fighting raged in the area over the weekend as local Kurdish fighters struggled to hold out against rocket and mortar attacks - despite support from another three U.S. strikes. Turkey has put a line of tanks close to the border in a show of force should IS cross the line into its territory. The Turkish government repeated its call for the U.S.-led coalition to target the regime of Syrian president Bashar al-Assad as well as IS, and for a no-fly zone to ease the refugee influx into Turkey. But neither goal seems within reach, with the U.S. State Department reiterating that the air strikes remained focused on IS alone.

We are following the attacks on Kobani and other towns where our Kurdish brothers live with great concern. Turkey is on guard and well-equipped for any threats directed against itself. 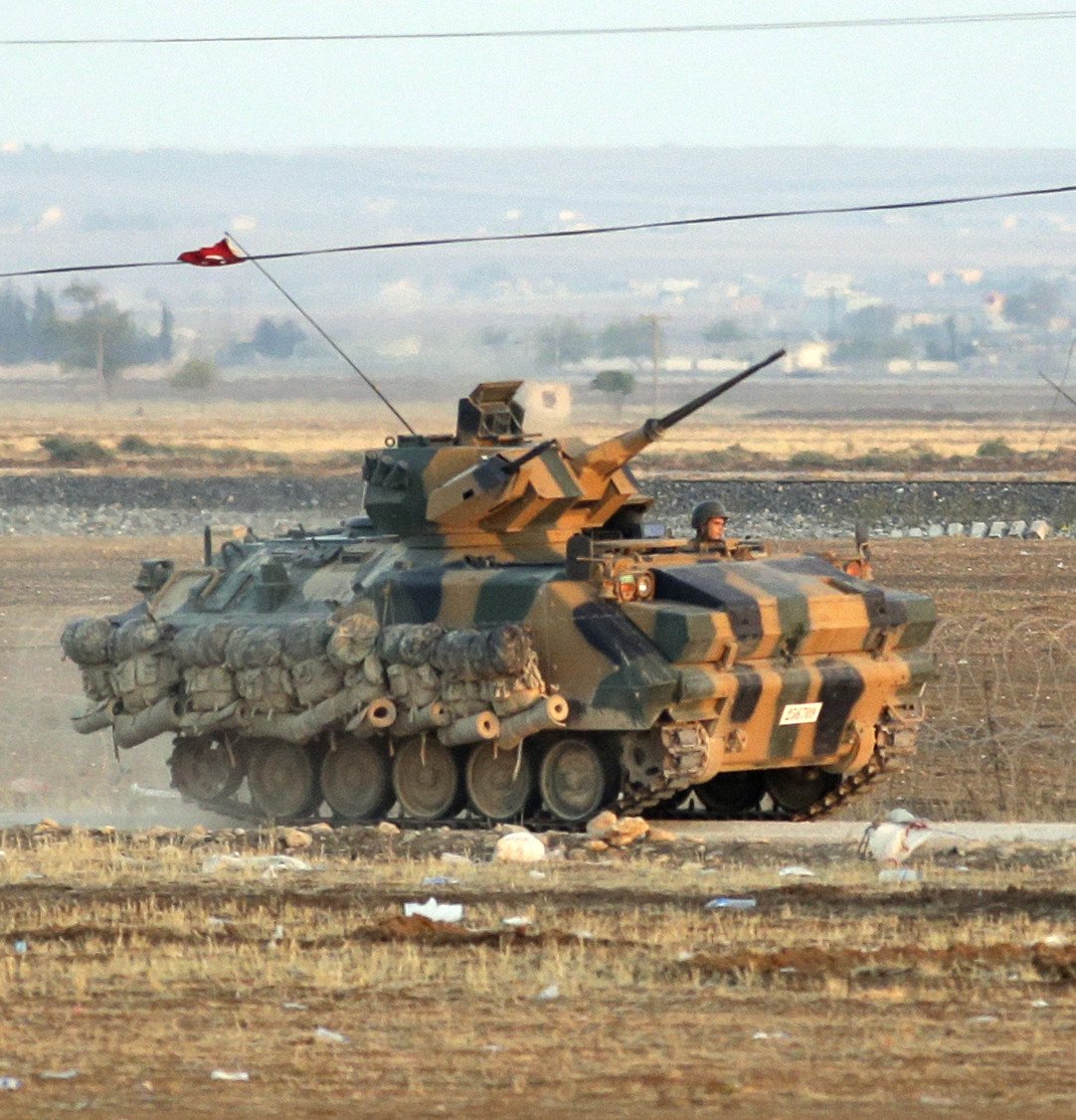