Under pressure: Growing chorus of calls for Iraq PM Maliki to step down

President Barack Obama came under pressure from U.S. lawmakers on Wednesday to persuade Iraqi Prime Minister Nouri al-Maliki to step down over what they see as failed leadership in the face of an insurgency threatening his country. The U.S. has informed senior Iraqi officials that Maliki must leave office before the U.S. considers military intervention. As Obama held an hourlong meeting with congressional leaders on U.S. options in Iraq, administration officials joined a chorus of criticism of Maliki, faulting him for failing to heal sectarian rifts that militants have exploited.

This current government in Iraq has never fulfilled the commitments it made to bring a unity government together with the Sunnis, the Kurds and the Shia.

The United States, which invaded Iraq in 2003 to topple President Saddam Hussein and withdrew its troops in 2011, has said Iraq’s government must take steps toward sectarian reconciliation before Obama will decide on any military action against the insurgency led by the Islamic State of Iraq and the Levant, or ISIL, an al-Qaida splinter group. Maliki has so far shown little willingness to create a more inclusive administration. Maliki, a Shiite, has rejected charges of bias against Iraq’s Sunnis and Kurds, and has in recent days been stressing that the threat posed by the ISIL will affect all Iraqis regardless of their ethnic or religious affiliations. He also rejects any suggestion that the Islamic State and other extremist groups enjoy support by disaffected Sunnis fed up with his perceived discrimination.

The Maliki government, candidly, has got to go if you want any reconciliation. 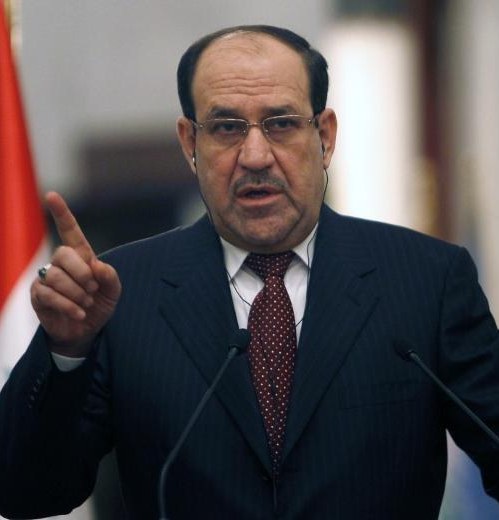