Days after a massive tropical cyclone lashed the Pacific island of Vanuatu, residents of the capital Port Vila began picking up the pieces amidst apocalyptic scenes on Monday. Access to water was partially restored, stores began reopening and the town’s airport finally began accepting flights as aid workers streamed in to take the measure of what many have said might be one of the region’s worst weather disasters. ”It lasted for hours, it was endless,” said one taxi driver in Port Vila, still visibly in shock from the storm which hit the island chain on Friday night. ”The cyclone terrified us. I have never seen anything like it,” he said. His house was flooded, but not destroyed like many of the others in the town.”

Our aim is to ensure effective coordination of resources between our three countries, and to carry out an assessment of what is needed.

For some structures, entire sections of concrete wall were destroyed by Severe Tropical Cyclone Pam, which tore through the country packing wind gusts of up to 320 kilometres (200 miles) an hour. Emergency shelters have opened for the homeless. But water has not yet been fully restored, and a curfew was in place from 6:00 pm onwards to prevent looting with the country still in a state of emergency. Entire neighbourhoods, meanwhile, are without power. Only the two main casino hotels and a handful of homes with generators have lights.

It’s been flattened, all that green is basically horizontal, trees are just kind of standing like broken toothpicks, it’s quite startling… it’s hard to find a home that hasn’t been hit. 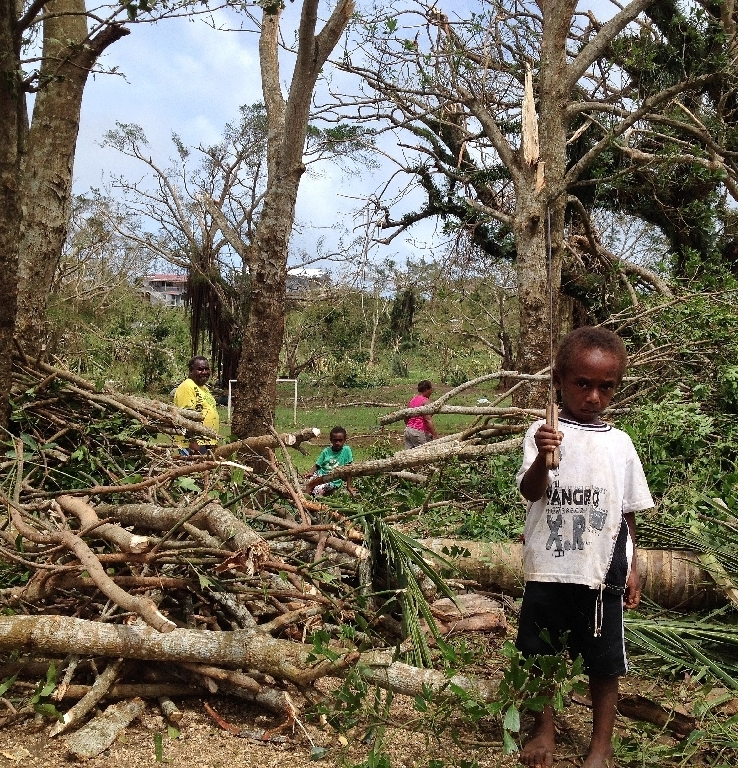