An opposition lawmaker says protesters have set Hugo Chavez’s childhood home and several government buildings on fire in western Venezuela. Pedro Luis Castillo says the home of Venezuela’s late president was set ablaze in the state of Barinas Monday afternoon. Several other government buildings including the regional office of the National Electoral Council were also seen in flames. The fires come after at least one person was killed during protests in Barinas on Monday. Thousands of Venezuelans have taken to the streets over the last two months to protest the government of President Nicolas Maduro and demand new elections. 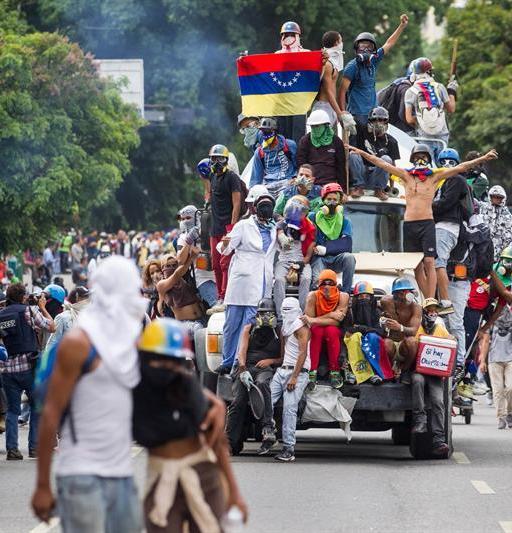