Volcano Calbuco in southern Chile erupted for the first time in more than five decades on Wednesday, sending a thick plume of ash and smoke nearly 20 kilometres into the sky. Spectacular photos and videos show a mushroom-shaped column billowing in the sky with occasional lightning bolts shooting through. Chile’s Onemi emergency office declared a red alert following the sudden eruption at around 1800 local time, which occurred south of Santiago near the tourist town of Puerto Varas. About 4,000 people had so far moved out of the area, an evacuation radius of 20 kilometres has been established and classes have been cancelled in surrounding towns, authorities said. There are no reports of deaths, missing persons or injuries. President Michelle Bachelet traveled to the area on Thursday.

In this situation, with the eruption column so high, the main risk is that it collapses, falls due to gravity because of its own weight and causes a pyroclastic flow.

Gabriel Orozco, a vulcanologist with Chile’s geological and mining service

Winds blowing northeast were pushing the column of ash and smoke towards Argentina. LATAM Airlines said it has cancelled flights to and from neighbouring Puerto Montt, the area’s largest city, due to the presence of volcanic ash, which can potentially damage aircraft and make flying dangerous. 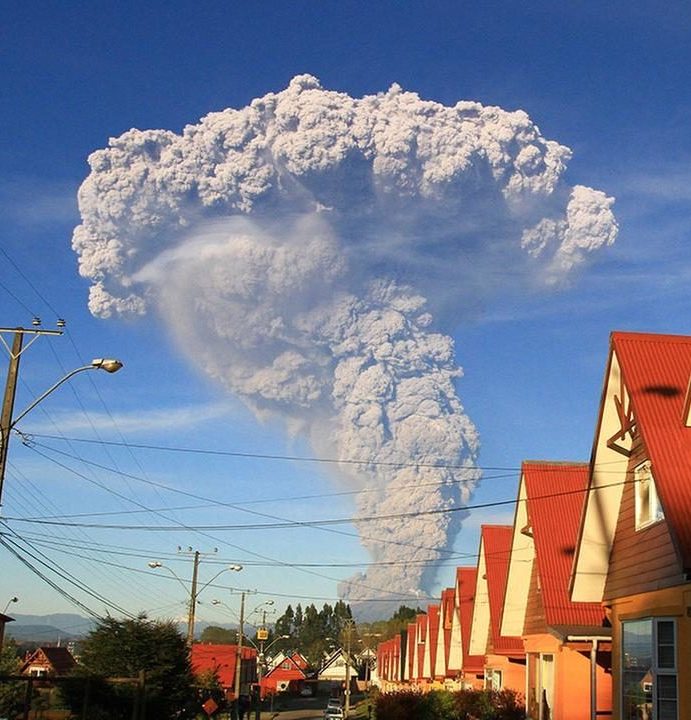