We must never forget: Pope prays at Armenia memorial after denouncing genocide

Pope Francis has demanded that the world never forget the victims of the Ottoman-era slaughter of Armenians. He spoke at the country’s imposing genocide memorial on Saturday, hours after drawing a standing ovation from his hosts when he declared the slaughter a planned genocide aimed at annihilating an entire people. Francis laid a wreath at the memorial and stood, head bowed, in silent prayer before an eternal flame as priests blessed him with incense and a choir sang haunting hymns.

Here I pray with sorrow in my heart so that a tragedy like this never again occurs, so that humanity will never forget and will know how to defeat evil with good

The scene was powerful: Francis took his place next to the Armenian Apostolic patriarch, Karekin II, and a gathering of black-hooded Orthodox bishops, shaded by the memorial’s 12 slanted slabs of rock representing the 12 western provinces lost to Turkey after World War I. Later, he met with descendants of some of the 400 Armenian orphans taken in by Pope Pius XI and housed at the papal summer residence south of Rome in the 1920s. After visiting the Tzitzernakaberd memorial, Francis headed to the northwestern city of Gyumri, where crowds filled a main square for his only public Catholic Mass of the three-day trip to Armenia.

It’s so sad how, in this case and in the other two, the great international powers looked the other way, 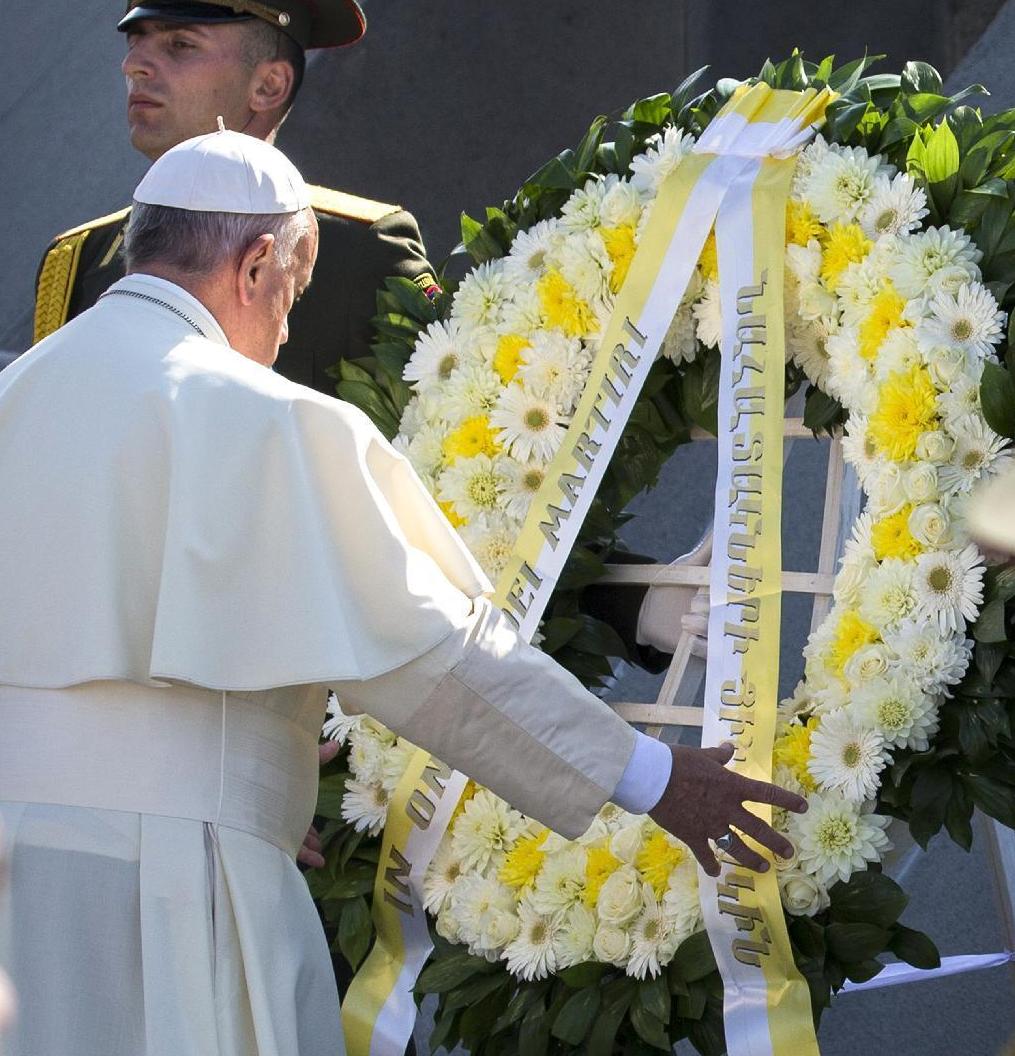