'We'll be back': Hong Kong protesters vow to continue movement

Hong Kong police arrested pro-democracy activists and cleared most of the main protest site on Thursday, marking an end to more than two months of street demonstrations in the Chinese-controlled city, but many chanted: “We will be back”. Most activists chose to leave the Admiralty site, next to the Central business area, peacefully, despite their demands for a free vote not being met. But the overall mood remained defiant. Groups of up to four police arrested holdout protesters one by one, hours after workers used wire cutters to remove barricades and dismantle bamboo scaffolding. Protest leaders have said they will consider other forms of civil disobedience, given Beijing’s continued refusal to grant any concessions.

Refusal to pay taxes, delaying rent payments … and filibustering in the Legislative Council, along with other acts of non-cooperation, could make governing more inconvenient. 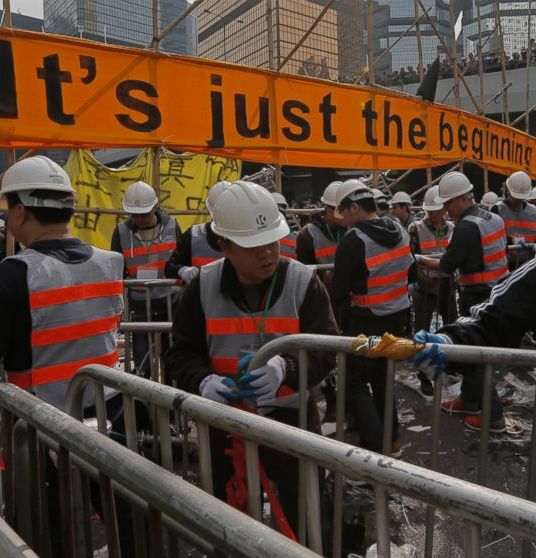