Disgruntled farmers brought their sheep to the Eiffel Tower on Thursday to protest wolf attacks, and what they call the government’s anti-farmer environmental policies. The woolly protesters munched grass near the Paris monument while their owners urged tougher measures against wolf attacks. The government says its existing plan on preventing attacks and compensating farmers is sufficient, while authorities also want to ensure protections for wolves.

The farmers want the right to shoot wolves immediately if their flock is attacked, and are calling for a quota of wolf killings, currently set at 24 annually, to be increased or removed altogether. Wolves were reintroduced to France in the 1990s under an international convention on wildlife conservation in Europe. There are now an estimated 300 wolves in the country and the number is growing each year. According to the French sheep organisation, the number of animals they kill has risen too — by nearly two thirds since 2011 — and is likely to top 8,000 this year. 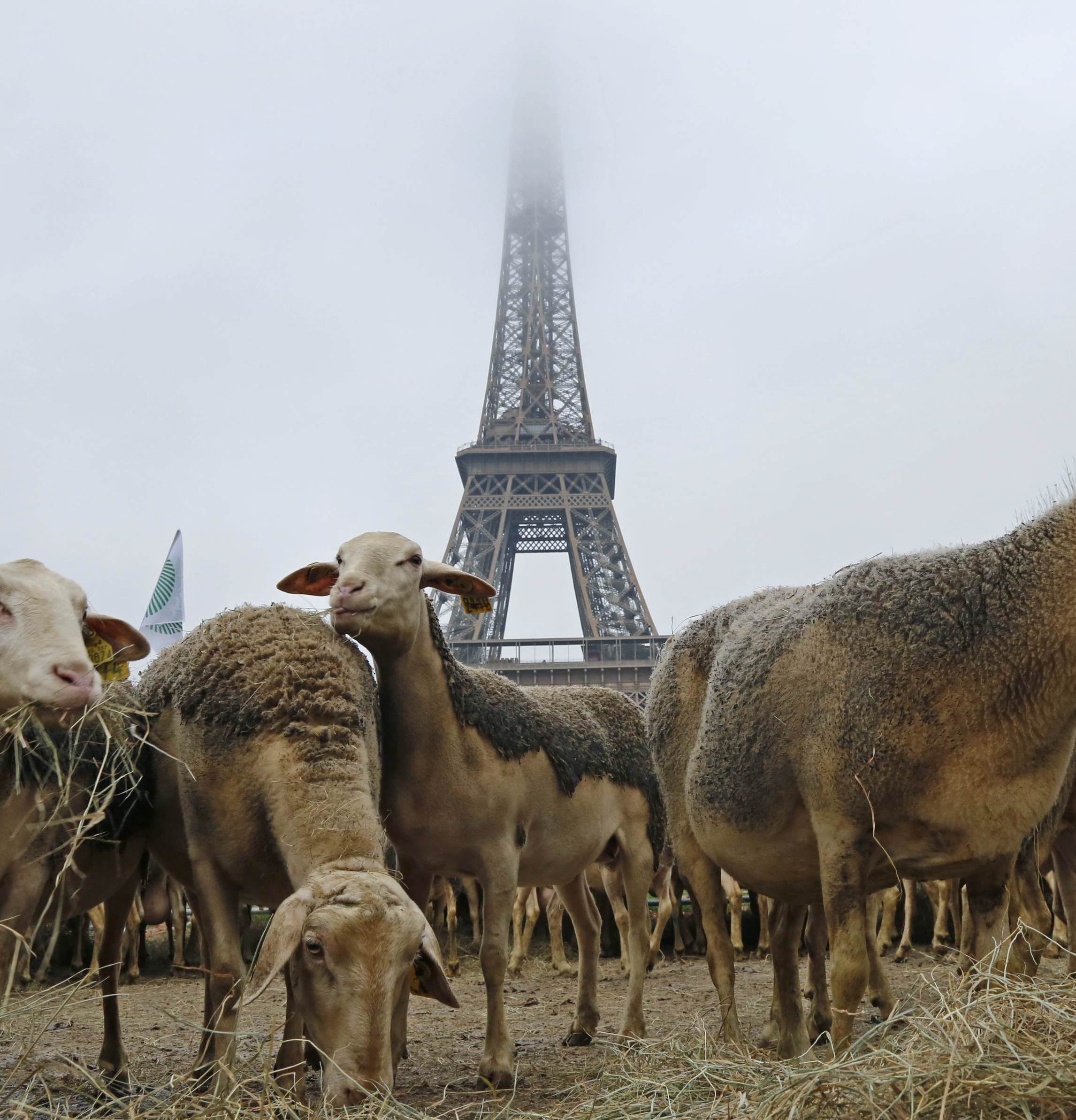