Firefighters rescued two window cleaners who were stuck on scaffolding outside the 69th floor of One World Trade Center in New York City. The nerve-wracking drama unfolded on Wednesday afternoon on the south side of America’s tallest skyscraper. Emergency officials cut through panes of glass to reach the workers while a second rig was lowered as a back-up option. A cable on the scaffolding snapped shortly before 1pm (6pm GMT) and the workers were pulled to safety nearly 90 minutes later. They were taken to hospital suffering from mild hypothermia, said officials.

In this case, the glass is three layers thick and, of course, they’re 68 stories up - it does present a little more of a challenge.

The pair were named in local media as Juan Lizama and Juan Lopez. Television images showed one side of the scaffolding platform dangling at a sharp angle. The workers were not at imminent risk of falling because they had been tethered by harnesses to the roof, said officials. The building has 104 floors and is 1,776ft (541 metres) high, making it the tallest in the western hemisphere. Almost 200 employees of magazine publisher Conde Nast were the first to move in last week. 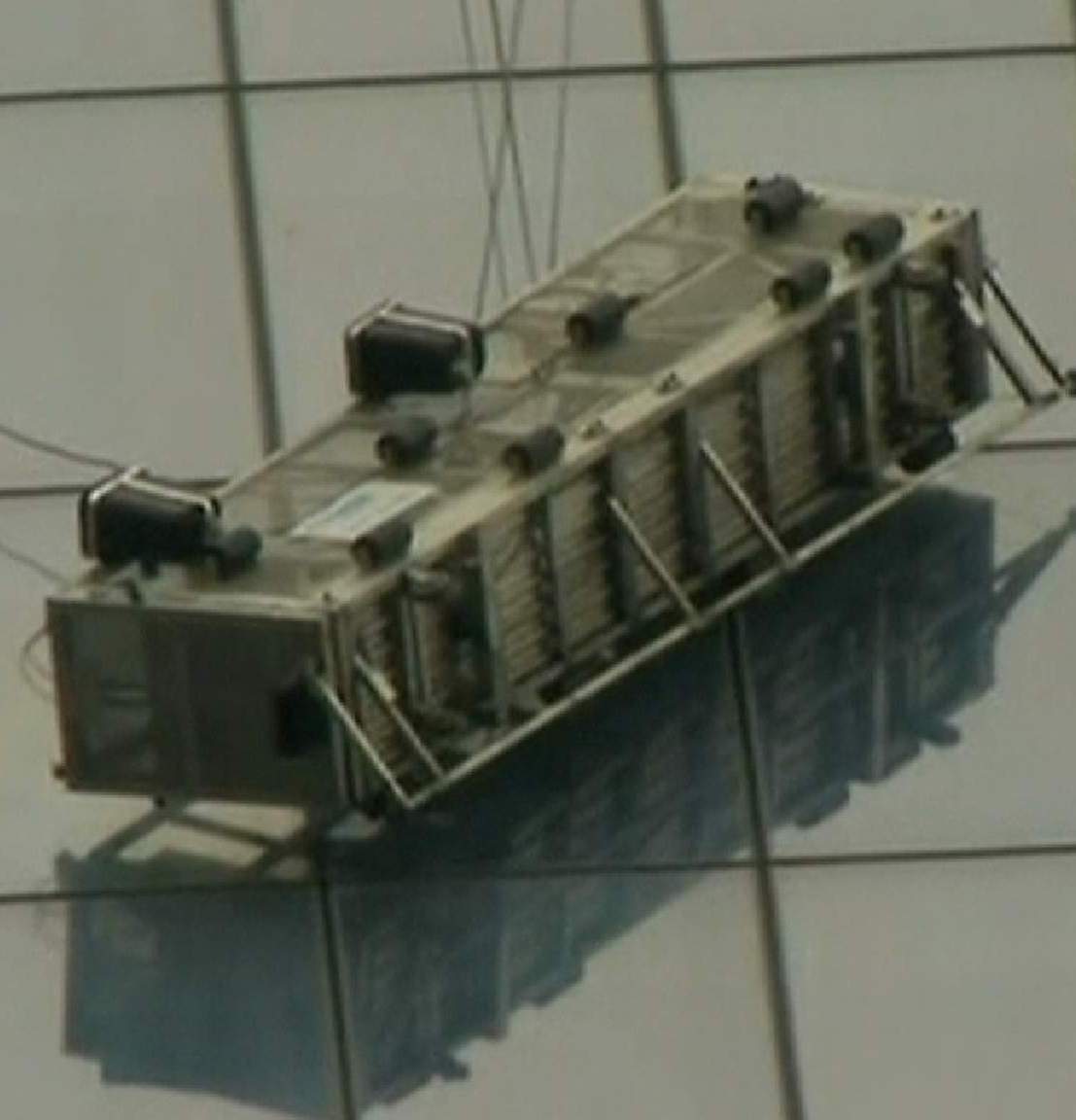