The inscription, “James Cockburn 8th Durham L.I.” is cut so clean it could have been left yesterday. Only the date next to it - April 1, 1917 - roots it in the horrors of World War I. The piece of graffiti by a soldier in a British infantry unit is just one of nearly 2,000 century-old inscriptions that have recently come to light in Naours, a two-hour drive north of Paris. Many marked a note for posterity in the face of the doom that trench warfare a few dozen miles away would bring to many.

It shows how soldiers form a sense of place and an understanding of their role in a harsh and hostile environment.

Etchings, even scratched bas-reliefs, were left by many soldiers during the war. But those in Naours “would be one of the highest concentrations of inscriptions on the Western Front” that stretches from Switzerland to the North Sea. The site’s proximity to the Somme battlefields, where more than a million men were killed or wounded, adds to the discovery’s importance. Naours’ underground city is a 3-kilometere-long complex of tunnels with hundreds of chambers dug out over centuries in the chalky Picardy plateau. During the Middle Ages villagers took shelter there from marauding armies crisscrossing northern France. By the 18th century the quarry’s entrance was blocked off and forgotten.

All these guys wanted to be remembered. 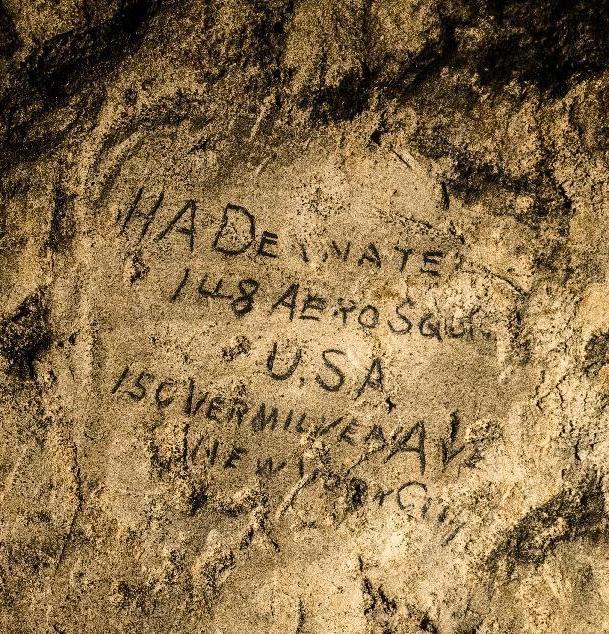