President Jacob Zuma on Saturday pleaded with foreigners to stay in South Africa as he cancelled a state visit to Indonesia to deal with a wave of deadly xenophobic violence at home. Three weeks of escalating anti-foreigner violence in South Africa have claimed at least six lives and forced more than 5,000 immigrants to seek refuge in makeshift camps. The unrest, which began in the eastern port city of Durban before spreading to other parts of the country, carries echoes of the xenophobic riots that gripped South Africa in 2008 when 62 people were killed.

As government, we’re not saying to you ‘go away’. It is not every South African who is saying 'go away’. It is a very small number of people who say so.

President Jacob Zuma said at Chatsworth camp, where he presented a cheque of 50,000 rand ($4,100) to help the victims of xenophobic victims

Zuma vowed to end the unrest and sought to assure the crowd there was a place for foreigners in South Africa. The South African leader had been scheduled to fly to Indonesia on Saturday, but he announced he was scrapping the trip “to attend to matters at home relating to the attacks on foreign nationals.” The decision came as alarm grew within South Africa – and from the United Nations and foreign capitals – over the attacks. Neighbouring Zimbabwe, Malawi and Mozambique have announced plans to evacuate their citizens. 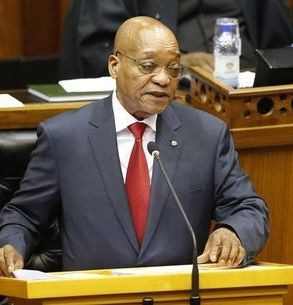