At least 58 killed as forest fires rage across Portugal

At least 58 people have been killed in a number of forest fires in central Portugal, as temperatures pass 40C. The Portuguese government said many of the victims died in their cars as flames swept over a road. Officials say a lightning strike is believed to have sparked the blaze. Interior Ministry official Jorge Gomes said 16 people lost their lives in their vehicles between the towns of Figueiro dos Vinhos and Castanheira de Pera. The EU has activated its civil protection efforts to help fight the blazes. About 59 people have been hurt, 14 of them seriously.

The smoke cloud is very low, which does not allow helicopters and fire planes to work efficiently, but we’re doing everything possible and impossible to put out this fire.

Around 600 firefighters are battling the flames raging in the Pedrogao Grande area, which is about 93 miles northeast of the capital Lisbon. Six firefighters are among those injured. A period of national mourning will be announced shortly, Mr Costa said. Spain has sent two water-bombing planes to help their neighbour fight the fires. Some 60 forest fires broke out overnight on Saturday, as temperatures passed 40C in several regions. A number of villages have been evacuated due to the danger but the extent of damage to property is not yet clear.

Unfortunately this seems to be the greatest tragedy we have seen in recent years in terms of forest fires. The priority now is to save those people who could still be in danger. 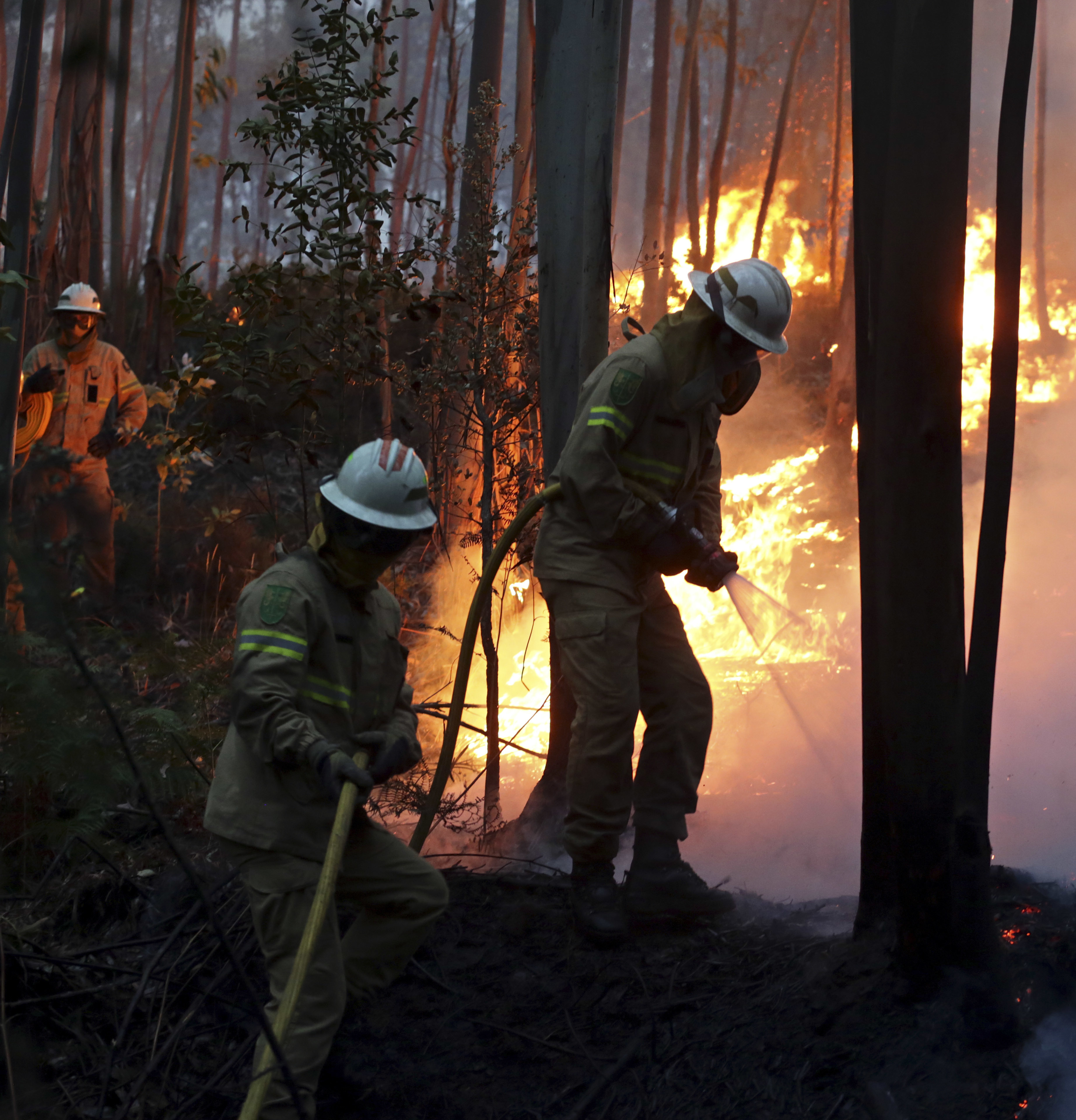