A series of car bombs exploded across Iraq’s capital, killing more than 60 people in a day of violence that saw militants storm a university in the country’s restive Anbar province and take dozens hostage, authorities said. The attacks in Baghdad largely focused on Shiite neighborhoods, underscoring the sectarian violence now striking at Iraq years after a similar wave following the U.S.-led invasion. No group immediately claimed responsibility for the bombings, but the Shi’ite community is a frequent target for Sunni Islamist insurgents.

I was about to close my shop when I heard a huge explosion on the main commercial street. I saw many cars set ablaze as well as shops.

Now with U.S. troops gone, Iraq founds itself fighting on fronts across the country, as separate clashes in a northern city killed 21 police officers and 38 militants, officials said. The university attack is the third major operation by militants in as many days. It follows an assault on the city of Samarra on Thursday where rebels seized several areas and were only repelled by helicopter strikes. At least 36 people were killed in heavy fighting and suicide bombings in the northern province of Nineveh on Friday. 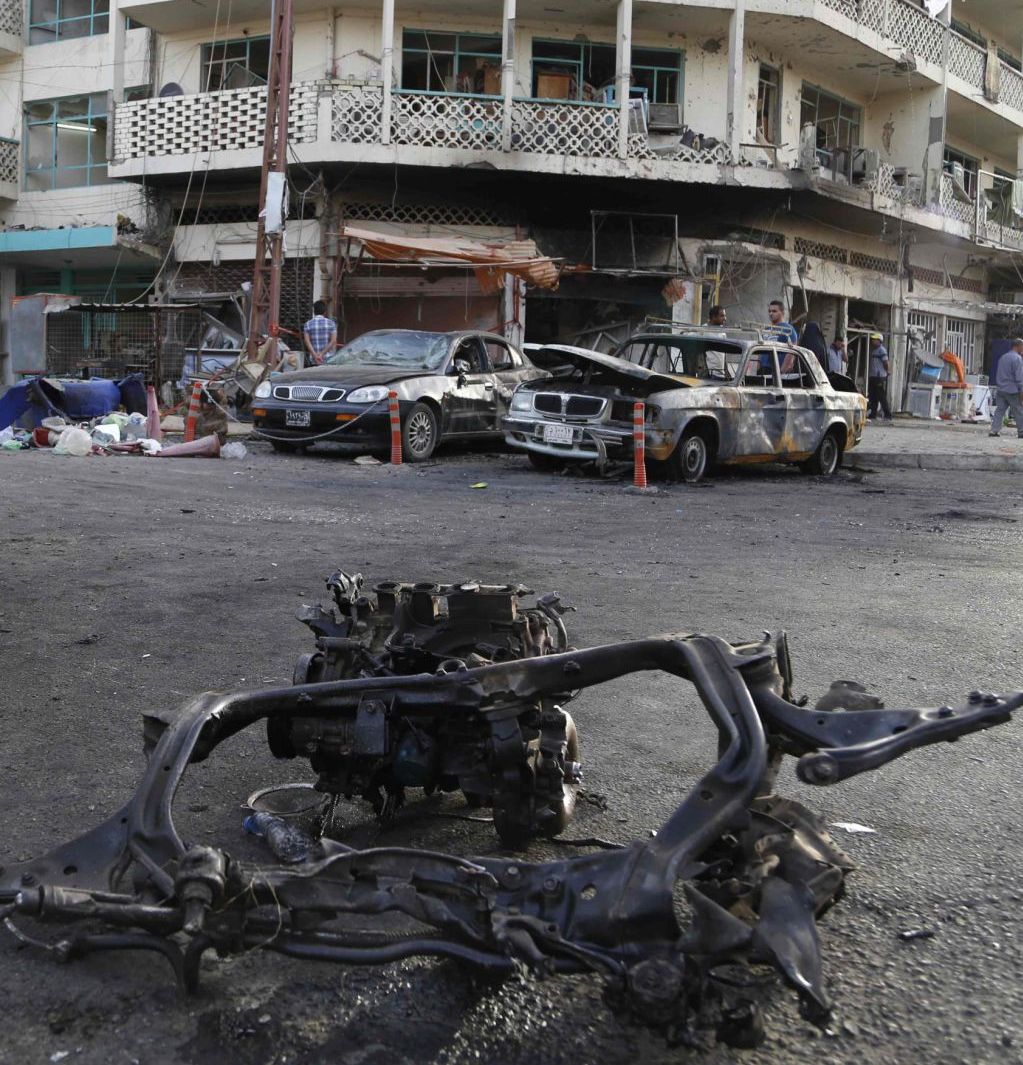