The EU’s chief negotiator, Michel Barnier, has pencilled in 19 June for the first formal day of talks with Britain about its withdrawal from the European Union, in what are being billed as the most important negotiations in the country’s history. On that highly symbolic morning, Barnier will face whoever is the British Brexit secretary after the election for the first day of an arduous 15 months of negotiations to hammer out the terms of the UK’s exit. It is understood that the European commission’s Brexit taskforce, led by Barnier, shared the proposed date with key figures in Brussels last week. EU officials are yet to discuss any logistics with the UK, however, due to an ongoing row with Theresa May’s government over its blocking of a mid-term review of the union’s budget.

The EU wants negotiations to be divided into four-week cycles, each focused on a key issue. Week one would involve political preparation, followed by a week where documents would be disclosed by both sides. The third week would see Barnier and the Brexit secretary sitting down to talk, mainly in Brussels but also, potentially, in London. In the final week, Barnier would report on the results of the negotiations to the 27 member states and the European parliament. The EU’s negotiator wants to reach agreement on citizens’ rights, the UK’s divorce bill and on the border of Ireland in a first phase of talks he hopes will be concluded by the end of 2017. The European council, whose members comprise the 27 EU states, will decide by consensus on whether sufficient progress has been made for talks to progress, according to the commission’s negotiating directives, to be signed off by EU ministers next Monday. 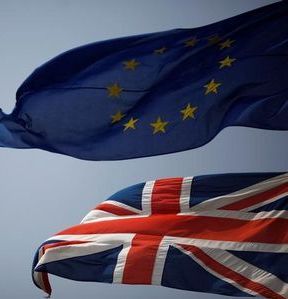