The military junta that seized power here last month has no plans to restore civilian rule any time soon. But it has launched an official campaign to bring back something else it says this divided nation desperately needs — happiness. The project has involved free concerts, free food, alluring female dancers in suggestive camouflage miniskirts, even the chance to pet horses trucked into downtown Bangkok with makeshift stables and bales of hay. The fair-like events are supposed to pave the way for reconciliation after a decade of political upheaval and coups.

The very first question you have to ask is, whose happiness are they talking about?

But critics point out the feel-good project is being carried out alongside an entirely different junta-led campaign — an effort to stifle all opposition to the army’s May 22 putsch, which deposed a government elected by a majority of Thai voters three years ago. Last month’s coup, the 12th in Thailand since the end of absolute monarchy in 1932, ousted a civilian government accused of abuse of power and corruption that had increasingly been cornered by protesters, the courts, and finally the army. 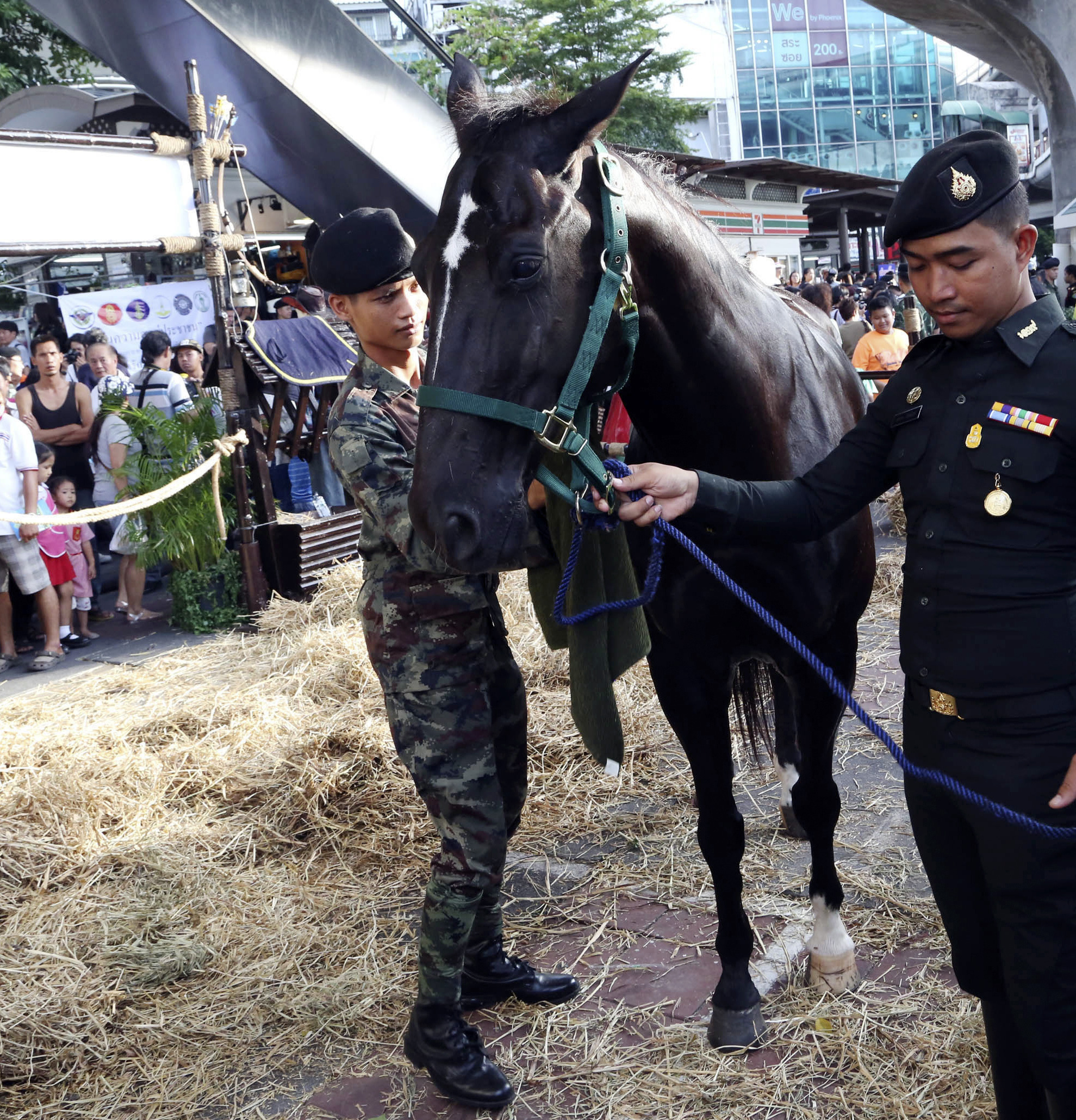