Myanmar may be best known for the giant constrictor, the Burmese python, but the Southeast Asian nation has a host of other snakes whose names would strike even more fear into the hearts of many. Their abundance, combined with a substantial proportion of people working in the countryside and a chronically underfunded health system, means Myanmar has a snake bite mortality rate around twice as high as the world average. Snakes are a particular threat to farmers because they are hard to spot in the tall grasses. If bitten, people are advised not to run, cauterise the wound, suck out the venom or apply ice to the bite.

You must not run, because if you run you are going to activate the blood circulation in your legs and the venom will go very fast to the heart and the main system. Just put on a pad and light compressive bandage.

The country is planning to double its production of antivenom — to 100,000 doses, compared with 53,000 currently, according to the WHO — as it tries to wrestle down mortality rates.

The best, and the only treatment if you are bitten by a snake, is to inject the correct antivenom.

Aung Zaw, deputy manager of a pharmaceutical factory run by the ministry for industry 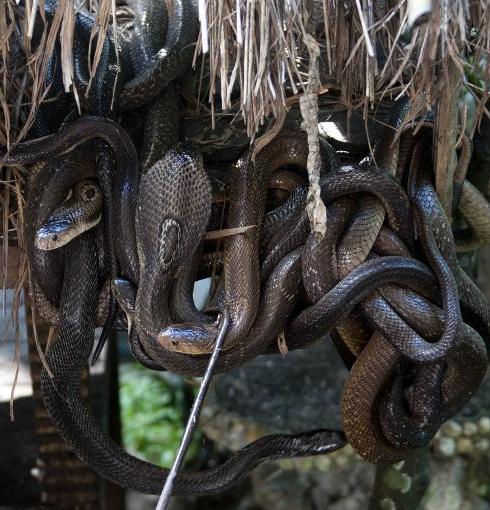