Another Star Wars film will be made in the UK at Pinewood Studios next year, Chancellor George Osborne has confirmed. He made the announcement during a visit to the set of the Star Wars: Episode VII film which began shooting at Pinewood, near London in May. He added the new film was thanks to his tax breaks for the movie industry. Under the breaks introduced by Mr Osborne, by choosing to work in the UK films can benefit from 25 per cent tax relief on the first $33.5m of qualifying expenditure and 20 per cent thereafter. Investment in UK-based film production in 2013 was over $1.6bn — an increase of 14 per cent on the previous year.

Lucasfilm and Disney’s decision to shoot the Star Wars standalone movie in the UK is testament to the incredible talent in Britain. This will mean more jobs and more investment.

The UK crew that we’re working with on Star Wars: Episode VII is incredible. They’re among the most gifted and passionate when it comes to film and storytelling. Star Wars couldn’t be in better hands. 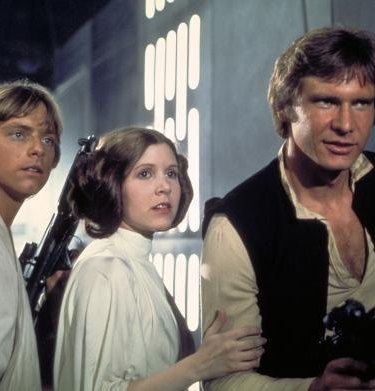