France’s far-right was plunged into disarray Wednesday as National Front leader Marine Le Pen openly split with her father and party founder after gas chamber comments she described as “political suicide." Jean-Marie Le Pen, the outspoken 86-year-old founder of the FN party, has dominated headlines in recent days, repeating his view that the Nazi gas chambers were a "detail of history” and defending war-time French leader Petain, who collaborated with Hitler’s regime.

His status of honorary president does not allow him to take the National Front hostage, to make such crass provocations that appear aimed at harming me but which unfortunately hit the entire movement, its officials, candidates, members and voters very hard.

His latest sorties appear to have been the last straw for daughter Marine, who has been trying to clean up the party’s anti-Semitic and racist image since she took over in 2011, a move that has seen it soar in opinion polls as it attracts more mainstream voters. And some analysts say that while splitting from her father will be painful, it could end up making the FN more electable. Marine Le Pen has been forced several times to distance herself from her father, who has repeated his comments about gas chambers over three decades, earning himself convictions for hate speech along the way. 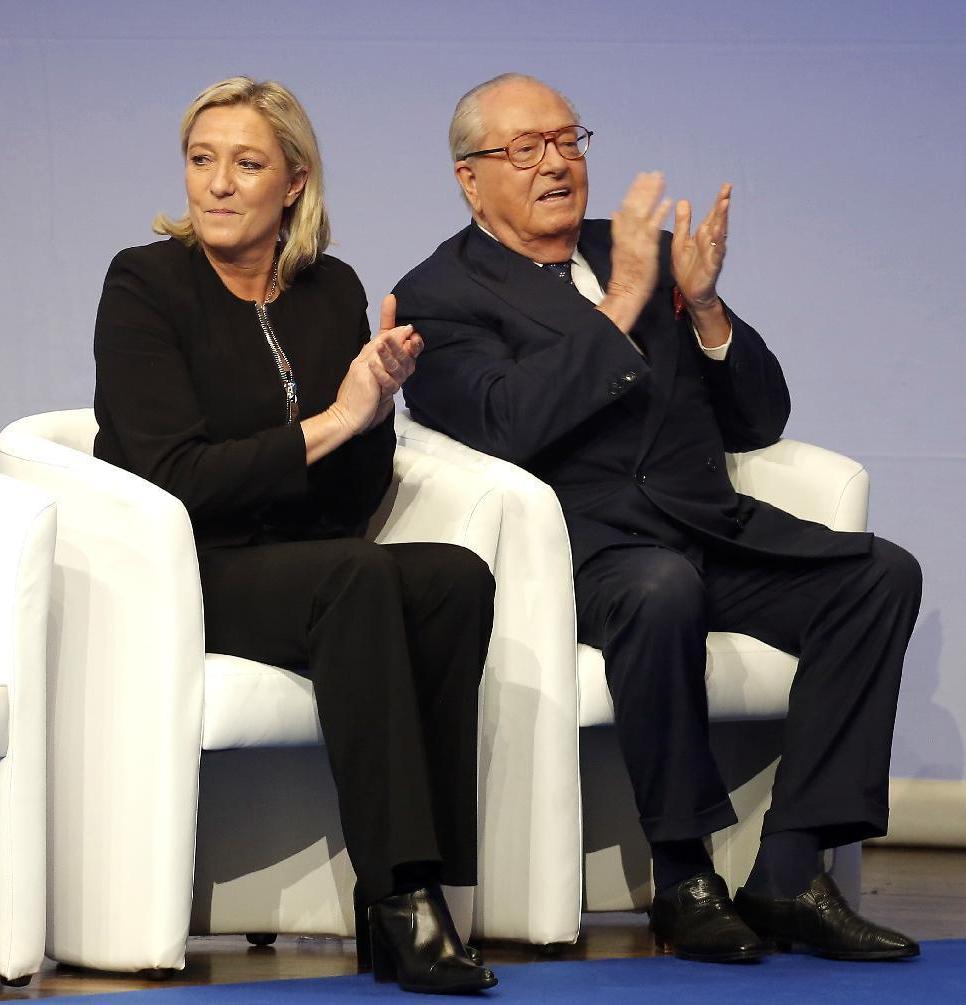