Italian police confirmed on Sunday morning that around 1,000 football fans were injured in one of Turin’s main public squares when a firecracker prompted panic and mayhem among panicked Juventus supporters. It is believed that around five people were seriously hurt, including a 7-year-old boy who was trampled, Sky TG24 reported. Thousands of fans had gathered to watch the Champions League final in front of a giant screen in San Carlo Square. During the second half of the match, which local club Juventus went on to lose 1-4 to Real Madrid, video cameras show a sudden rush in the middle of the crowd that caused a surge that flung people against barriers.

We heard a noise, then there was a movement of people like a wave and everyone started falling over each other.

Luca, one of the fans caught up in the drama

Many fans then began to run out of the centre of the square, screaming in fear. The panic may been started by the explosion of a loud firecracker that was mistaken for a bomb, a Reuters witness said. Afterwards shoes and bags littered the ground, people were seen limping and searching desperately for friends and relatives, the witness said. “I have got blood on me from the people who fell on top of me, people were screaming, jumping over each other,” Luca told AFPTV. “It was really awful - we really thought it was Manchester again.” 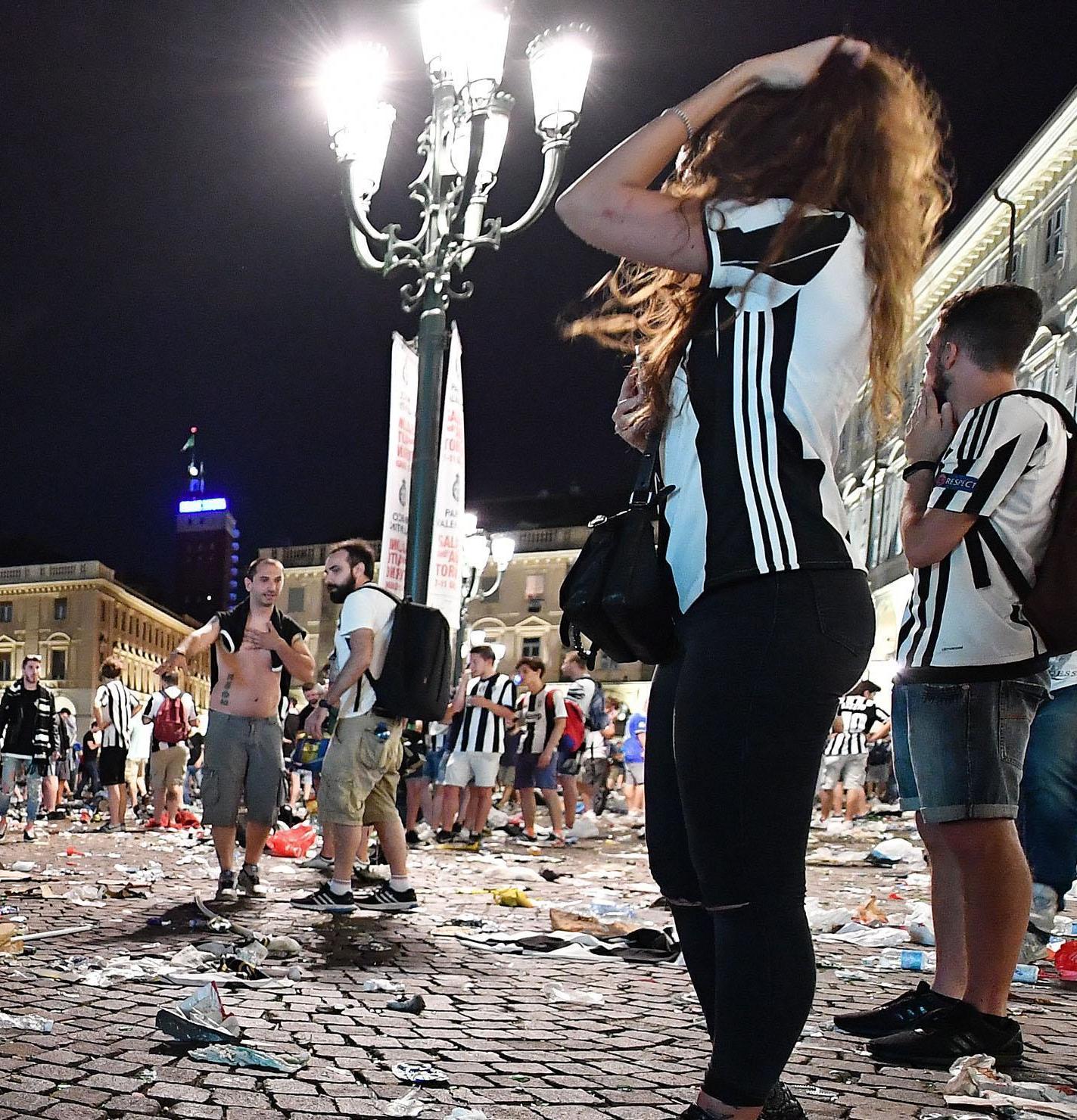