Indian-owned luxury car manufacturer Jaguar Land Rover announced a £600 million ($894 million, 814 million euros) investment in advanced car manufacturing in Britain on Thursday. The British car brand, which was bought by India’s Tata Motors for $2.3 billion from Ford in 2008 at the height of the global financial crisis, said the investment showed its commitment to Britain’s resurgent car industry.

Jaguar Land Rover continues to demonstrate its unwavering support to the British automotive industry through sustained investments in advanced research, technology and innovation.

The largest portion of the investment is focused on the automaker’s Castle Bromwich site in England’s West Midlands, where £320 million will complete its development into “a global centre of excellence for lightweight vehicle manufacturing”, the statement said. The announcement came after a plan to double a design and engineering centre in Whitley in the West Midlands was revealed, part of a drive to create low-emission vehicles. 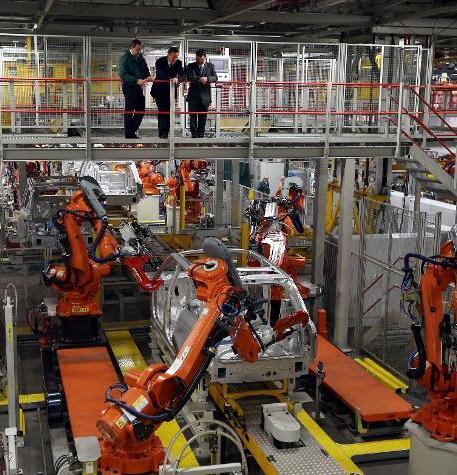