A newborn lamb in the south-western Russian village of Chirka may be spared the dinner table because of his strange face. Farmer Blasius Lavrentiev said he was relieved to find one of his prize-winning sheep pregnant after a tough winter. But when he went down to check on his newborn lambs, he found one with the face of an “angry old man”.

I nearly died from shock when I saw what looked like the hairy face of an old man staring up at me. Her parents are both normal looking sheep so I have no idea how she ended up looking like this.

According to the local vet, Dorofei Gavrilov, the anomaly is the result of the farmer giving the lamb’s mother too much vitamin A. The lamb has since became so popular in the village that his owner got an offer from a local circus for ten times the price he would fetch for a lamb from a slaughterhouse. 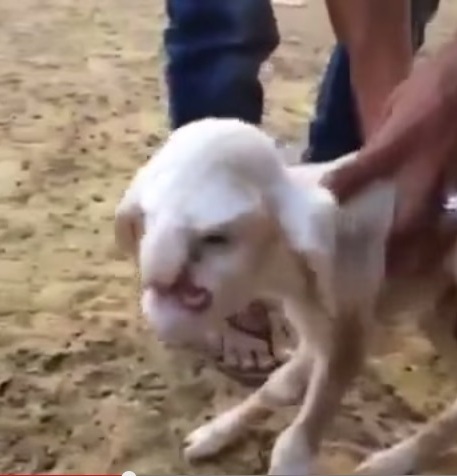