Felipe VI has been officially sworn in as the new king of Spain at the country’s parliament. His accession to the throne follows the abdication of his father Juan Carlos. The retiring monarch handed over to his son at midnight, in the first royal transition in the country since the introduction of democracy with the death of dictator General Franco in 1975. Felipe VI was formally sworn in at a low-key ceremony in parliament on Thursday, without the usual pomp and ceremony associated with a royal coronation, in recognition of the hardship still being endured by many Spaniards.

You will find in me a loyal head of state who is ready [to] listen and understand, warn and advise as well as to defend the public interest at all times.

The new king in a speech to parliament

The speaker of the lower house of parliament, Jesus Posada, declared him king, proclaiming: “Long live Spain! Long live the king!” The 46-year-old was wearing military uniform with a sash, and took an oath of loyalty to Spain’s constitution before giving an address. Hopes for the new king are high, and some believe that, despite his role being mainly symbolic as head of state, he will use his position to push dialogue over the challenge of a separatist movement in wealthy northeastern Catalonia. 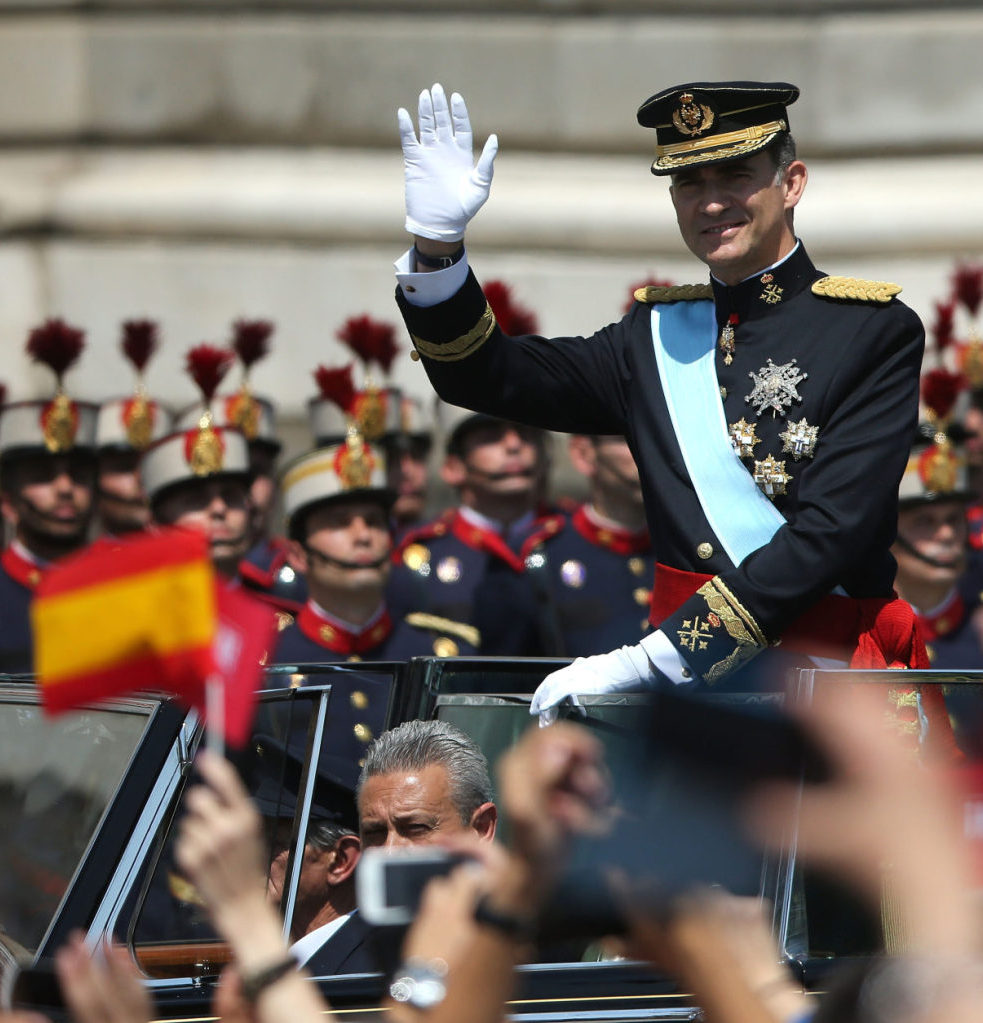