Brazilians marched peacefully Sunday in over 50 cities around the country to demand President Dilma Rousseff’s impeachment and to criticize government corruption. The biggest protests were in Sao Paulo, an opposition stronghold where hundreds of thousands gathered on a main avenue, as well as in the capital city of Brasilia and in Rio de Janeiro. Dozens of cities saw demonstrations gathering together a few thousand people each.

We are here to express our indignation with the government-sponsored corruption and thieving and to demand Dilma’s impeachment.

Much protester ire was focused on a kickback scheme at state-run oil company Petrobras, which prosecutors call the biggest corruption scheme ever uncovered in Brazil. At least $800 million was paid in bribes and other funds by the nation’s biggest construction and engineering firms in exchange for inflated Petrobras contracts. Sunday’s protests, largely organized by ad-hoc right-leaning groups over social media, appeared far more politically focused, and demonstrators came from social classes that voted against Rousseff in her narrow re-election in October.

The accumulated feelings of frustration, disappointment and discontent will fuel the demonstrations, but cannot be used to justify calls for her impeachment.

Pedro Arruda, a political scientist at the Pontifical Catholic University in Sao Paulo 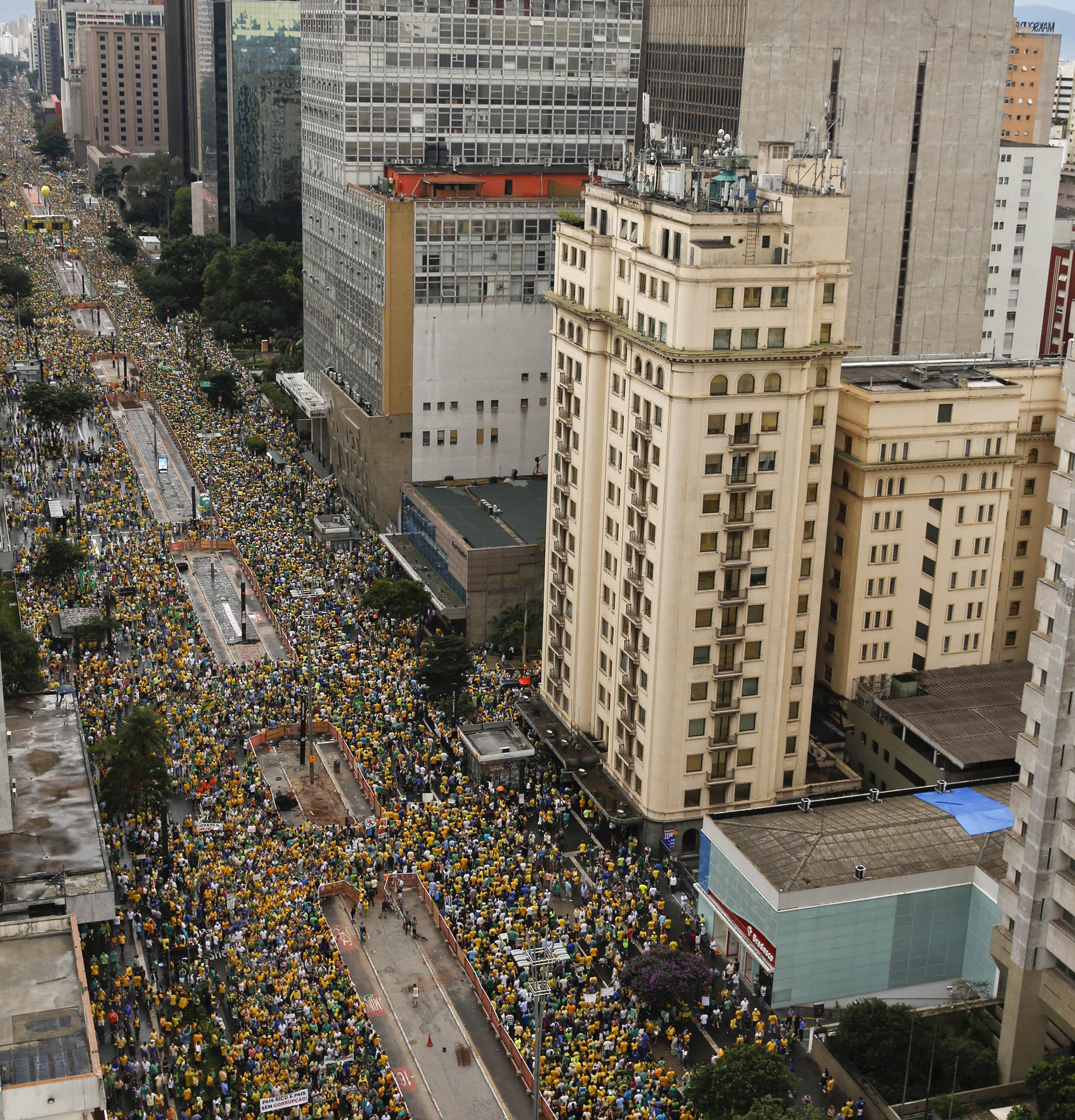