Around 100 people are feared buried after a landslide smashed through their village in southwest China’s Sichuan Province early Saturday, local officials said, as they launched an emergency rescue operation. Some 40 homes in the village of Xinmo were swallowed by the cascading debris after the side of a mountain collapsed, blocking a two kilometre (one mile) stretch of river, according to a statement from the Maoxian government news office. An emergency response “to the first class catastrophic geological disaster” is under way, the statement said, adding that the full extent of the landslide was at yet unclear.

There are several tonnes of rock. It’s a seismic area here. There’s not a lot of vegetation.

Search and rescue efforts were underway involving more than 400 workers, including police. CCTV showed footage of rescuers using a couple of earth movers but also relying on ropes to pull at huge rocks. Mao County, or Maoxian, is home to about 110,000 people, according to the government’s website. Most residents are of the Qiang ethnic minority. The village is known locally for tourism and Chinese reports said it was unclear if tourists were among the people buried by the landslide. A report from the state news agency Xinhua said that “part of a mountain” in the Tibetan and Qiang Autonomous Prefecture of Aba had collapsed. 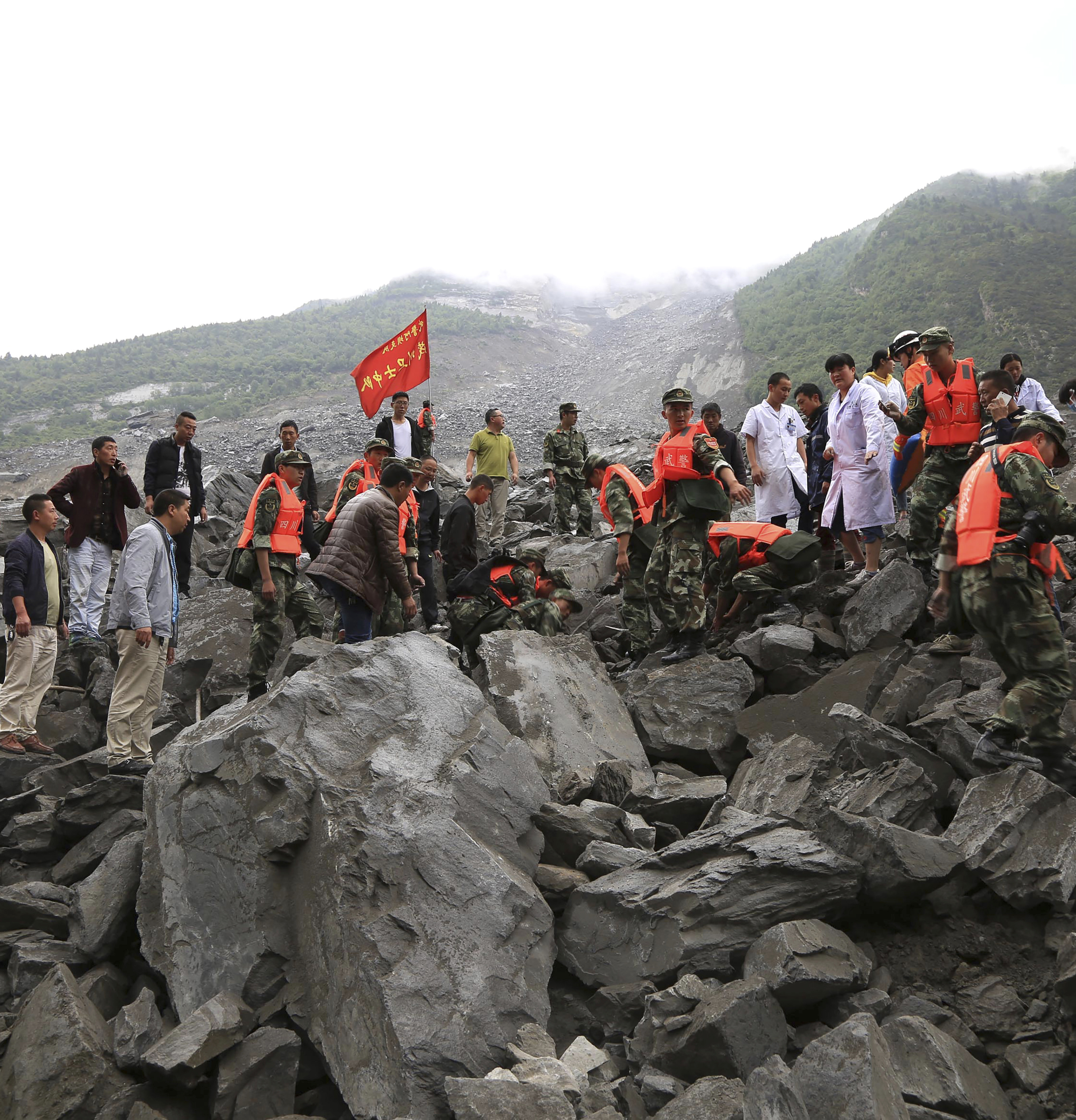