Theresa May’s lead in the opinion polls has narrowed after her Conservatives and the Labour opposition published their policy plans this week, with one survey showing the gap between the two parties halving to nine points. May had been on course for a landslide with a majority of up to 150 seats, opinion polls had indicated in the early stages of campaigning ahead of the June 8 national vote. Four polls on Saturday however showed the Conservatives with an expected vote share of between 44 and 46 percent, still easily ahead of the Labour Party on 33 to 35 percent, but pointing to a smaller projected majority of about 40 seats.

The cold hard fact is that if I lose just six seats I will lose this election, and Jeremy Corbyn will be sitting down to negotiate with the presidents, prime ministers and chancellors of Europe.

Labour leader Jeremy Corbyn said the Conservative’s policies would set the young against the old in a “war between generations”. He claimed pensioners will be 330 pounds a year worse off under the plans set out in the Tory manifesto. His party’s policies promised to renationalise mail, rail and water services, increase tax on the highest earners and clamp down on corporate excess. 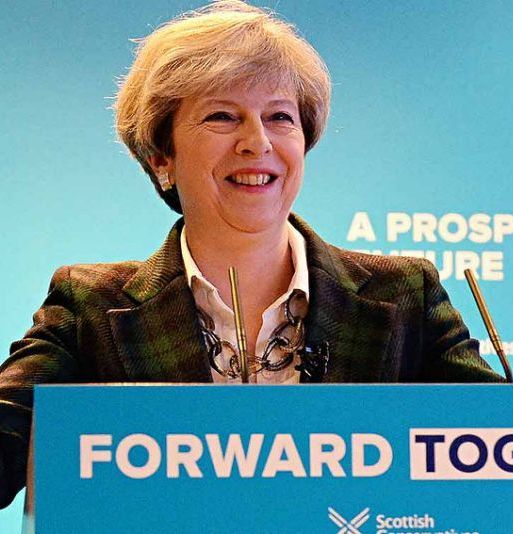