Russian President Vladimir Putin proposed on Friday creating a regional currency union with Belarus and Kazakhstan, Russia’s main partners in a union of ex-Soviet states facing growing economic challenges. Putin made his proposal at a meeting with the Belarussian and Kazakh presidents, who did not respond in public but have been lukewarm about such proposals. Putin urged closer integration for his flagship Eurasian Economic Union — which also includes Belarus, Kazakhstan and Armenia — as Moscow scrambles to limit the damage from Western sanctions over Ukraine and tumbling oil prices.

Working shoulder to shoulder, it is easier to react to external financial and economic threats, and protect our common market.

The economic union — a pet project of Putin’s — has been slammed by the West as an attempt by the Kremlin to revive its Soviet empire. Political and economic ties between Moscow and the bloc’s two other founding members, Belarus and energy-rich Kazakhstan, have been strained by the recent economic woes and jitters over Russia’s alleged military involvement in Ukraine. However, both Putin and Belarusian leader Alexander Lukashenko backed Kazakh President Nursultan Nazarbayev to extend his 23-year grip on power in snap presidential polls in April that he looks set to cruise through. 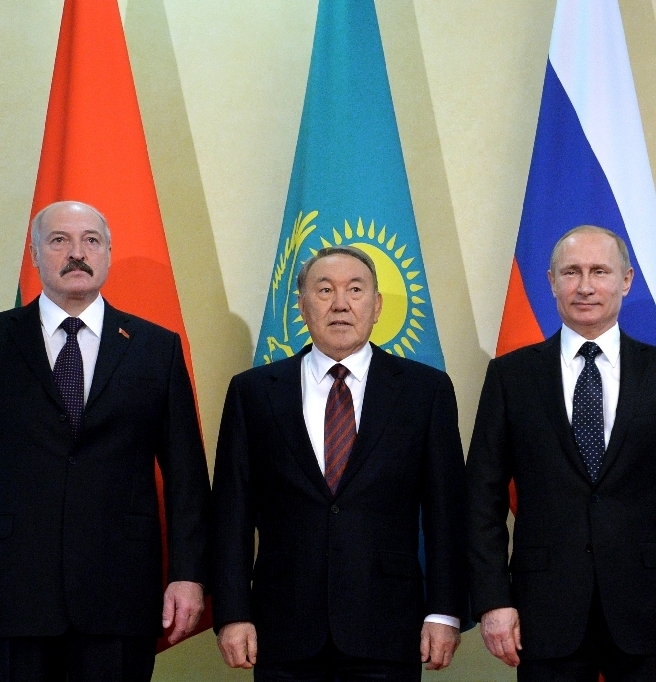