A maths problem that first appeared in a test for Singapore’s elite high school students has baffled Internet users around the world after it went viral, prompting a rush of attempts to solve it. The question, involving a girl asking two boys to guess her birthday after giving them scant clues, first appeared in an April 8 test organised by the Singapore and Asian School Math Olympiads (SOSMA). It was meant for 15- and 16-year-old elite secondary school students, but swiftly went global after a local television news presenter posted it on his Facebook page Saturday.

In the question, Cheryl gives her new friends Albert and Bernard 10 possible dates when they enquired about her birthday, before separately giving each of them further clues. Test-takers are then asked to use logic to deduce Cheryl’s birthday using a short conversation between the two boys about the information given to them. By Monday Internet users around the world were posting meticulously detailed answers to the puzzle on social media networks such as Facebook and Reddit, only to prompt a slew of comments disputing their findings and methodology. In a Facebook post late Monday, SOSMA provided the full question and a model answer, which can be found at https://www.facebook.com/4sasmo/posts/983396811695295. 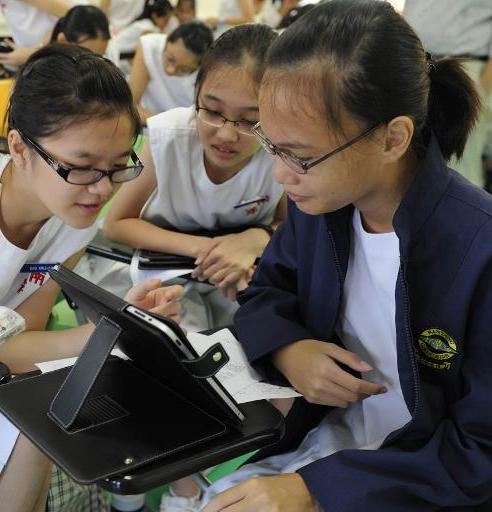