The story behind the world’s first cashpoint

The world’s first cash machine landed on a north London high street 50 years ago this week, transforming everyday banking for millions of people all over the globe. On June 27 1967 the cash machine, installed outside a Barclays branch in Enfield, north London, was unveiled. Customers who needed to withdraw money no longer had to rely on bank cashiers, who would close the doors at 3.30pm. Banks’ restricted opening hours at the time were what inspired John Shepherd-Barron, a British inventor and businessman who worked for De La Rue, the banknote printer, to design a machine that dispensed cash. Mr Shepherd-Barron came up with the idea of the “automated teller machine” in 1965 after he arrived at his bank “one minute too late” to withdraw money.

It struck me that there must be a way I could get my own money, anywhere in the world or the UK. I hit on the idea of a chocolate-bar dispenser, but replacing chocolate with cash.

Two years later the first ATM was installed outside the Barclays branch in Enfield. It was the first of six machines he was commissioned to design. While the original ATM did offer convenience, customers could not ignore banking hours altogether. Debit cards had yet to be invented, and customers had to get special vouchers from the bank, which were processed in the same way as cheques and debited to the customer’s account. Now there are around 70,000 cashpoints in Britain. Many not only let customers take money out, but also allow them to deposit funds in their accounts, pay bills, top up mobile phones or transfer money to other people. 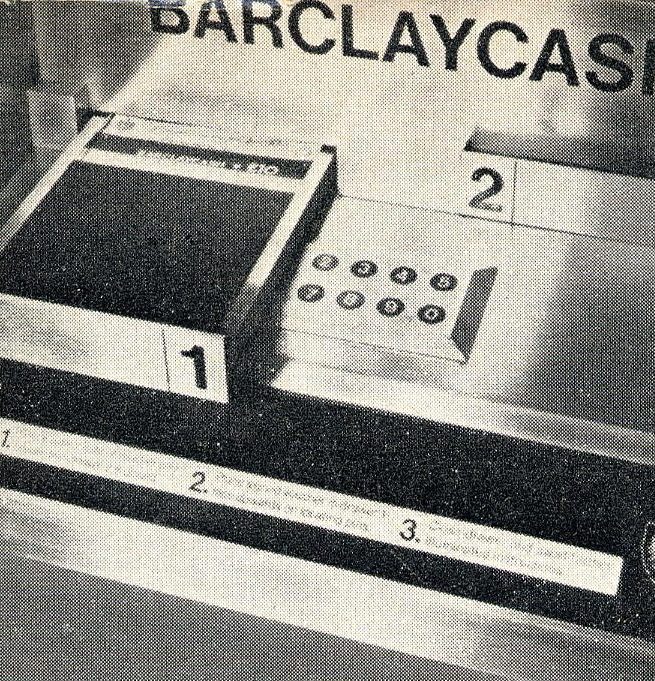