The future of long-serving Arsenal manager Arsene Wenger is expected to be decided this week as the Frenchman savours his side’s 2-1 FA Cup final victory over Chelsea. The 67-year-old’s contract expires this summer, and there has been widespread speculation about whether he will stay with the Gunners. “Let us enjoy this win and not worry about the future,” he said after the game at Wembley. “We have a board meeting on Tuesday, and on Wednesday or Thursday it will be very clear.”

I try to serve this club with always the same commitment and quality. 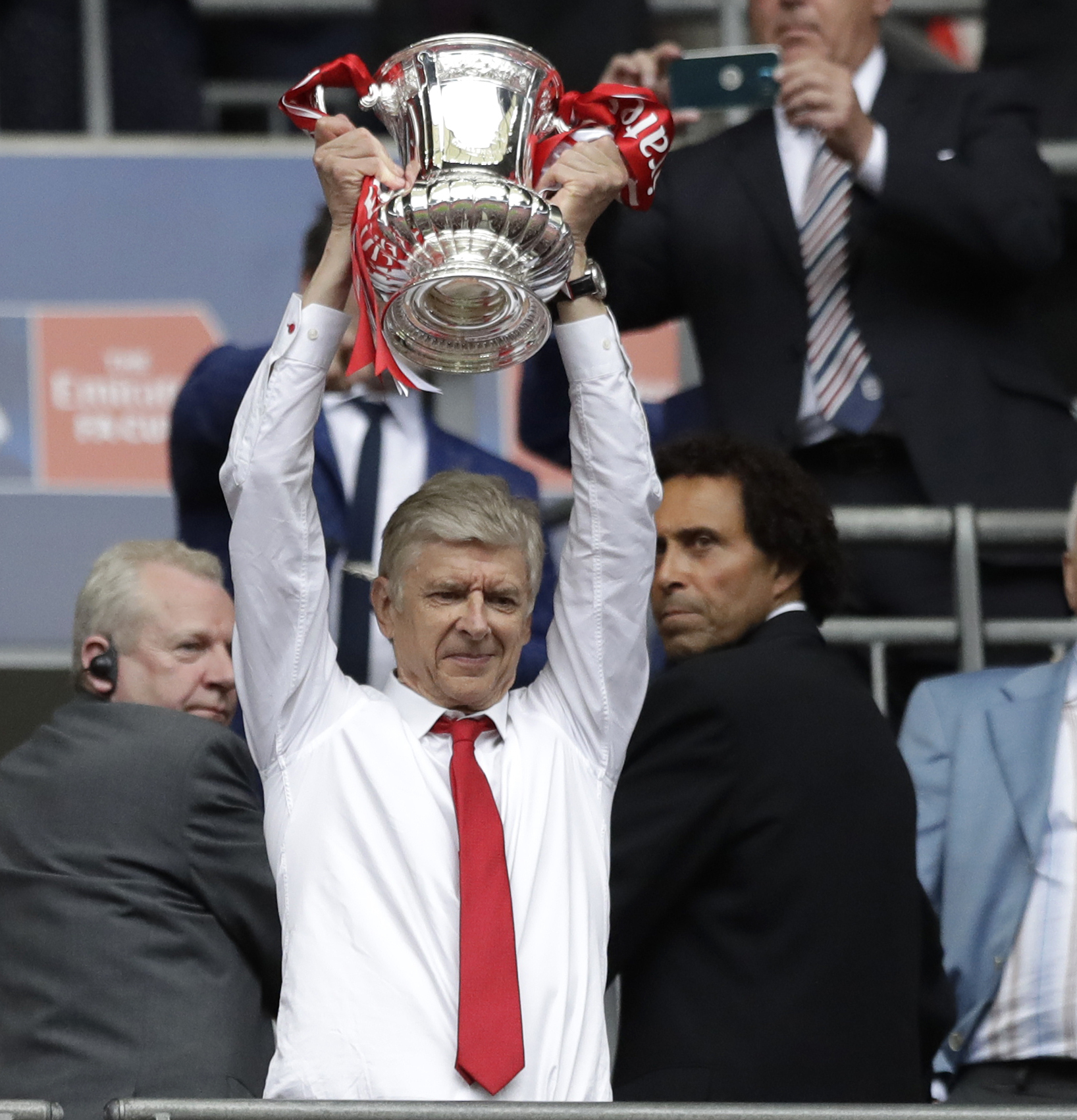